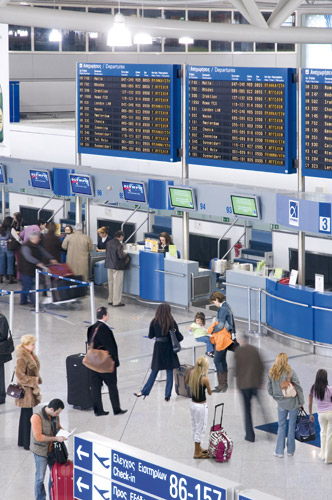 According to AIA, 3.17 million passengers and 44.6 thousand flights passed through the airport during the January-March 2010 period, an increase of 10.4 percent and 5.2 percent respectively, compared with last year.

The airport underlined that both domestic and international markets enjoyed dynamic growth during the first three months of the year (13 percent and nine percent respectively).

The highest increase of domestic passengers was in January (18.8 percent), while traffic of international passengers reached its peak in March (12.3 percent).