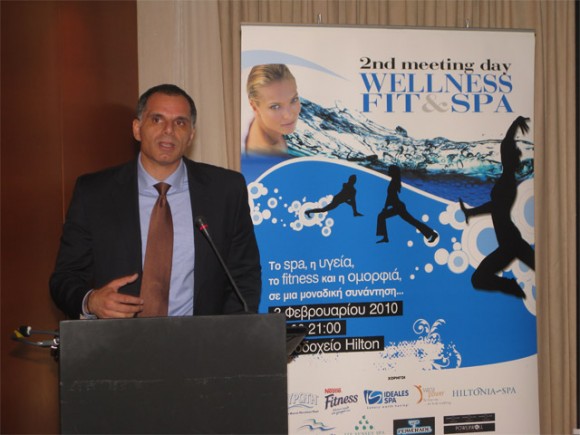 Yiorgos Tavelis, CEO of The Spa Creators, Europe, Middle East and Africa, clarified exactly what a country needs to be considered an ideal spa destination. “Individuality is an important factor,” he said.

Greece cannot be considered a luxury spa destination as Greek spas currently have no specific identification and hotels that promote themselves as spa resorts do not maintain proper standards, according to the “2nd Wellness Fit & Spa Meeting Day” held last month in Athens.

Speakers at the meeting day agreed that there is a need for better education and standardization of credentials to face this problem.

This is all hoped to change with the creation of the first Greek Spa Managers Club, formed in November 2009 under the auspices of Alpine College.

“The spa industry is exploding and we saw the need for qualified spa managers,” explained Sybil Hofmann, the club’s president.

According to Mrs. Hofmann, among the club’s immediate goals include the promotion of standards of excellence for spa managers and the organization of a series of seminars targeted at hotel owners, spa managers and aspiring managers.

“If Greek spa has no identity we can not promote, diversify or have capital gains from our investments,” said Yiannis Papadopoulos, the club’s advisor of liaison between industry and education, during his presentation.

“Up until now, Greece has copied the spa module of Germany, Finland and Turkey and lacks originality,” he said. According to Mr. Papadopoulos, not even the GNTO seem to have clarified in what sense Greece is promoted as a spa destination.

The first steps of the Greek Spa Managers Club would include the creation of a database that would clarify which and how many hotels in Greece include spa treatments in their facilities. From there the club would provide guidelines and specific standards for the industry.

Next step would be the creation of the Hellenic Spa Association that would be responsible for overseeing the growth and development of the spa sector in Greece.

“Once the association is established we will seek support from the GNTO in order to promote Greece as an international spa destination,” said Stavros Mavridis, the club’s executive director.

The association would operate similarly to the Cyprus Spa Association and provide inspection visits and certificates to spas that meet the designated standards.

Among the association’s aim would also be to maintain and raise the quality of training, education and staffing as it was mentioned that many hotels do not bother to seek spa professionals but usually “promote” a member of the hotel staff (a receptionist or a physical trainer) to the position of spa manager.

“A spa manager needs to be a highly effective business manager who fully understands the intricacies of spa operations, finance, marketing, human resources, products and services, and above all, outstanding customer service,” Mr. Mavridis said.

The first-ever Global Spa Economy Report, unveiled at the 2008 Global Spa Summit in New York, said that the global spa economy is estimated to be over $250 billion.