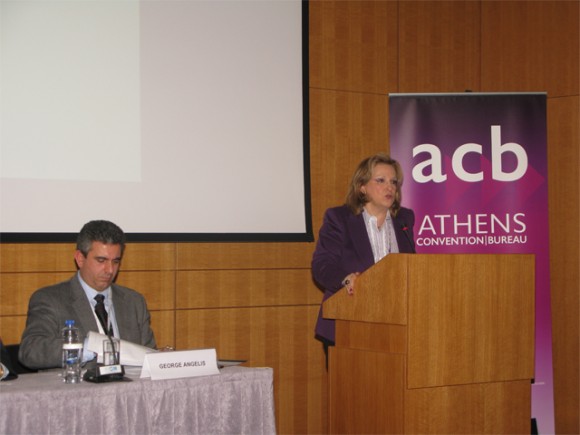 “The Athens Convention Bureau’s aim is to highlight Greece’s image in the convention market and soon see the country among the top ten conference markets worldwide,” said the bureau’s director George Angelis during a workshop held last month during the 6th IMIC in Athens.

Mr. Angelis informed the audience of Athens Mayor Nikitas Kaklamanis’ “obsession” to promote Athens as a meetings destination and spoke of the bureau’s determination to accommodate the needs of the international meetings industry.

During the workshop, entitled “Destination Athens… revisited. Presenting more choices for things to do or see while in Athens,” speakers presented unknown aspects of Athens and alternative activities that could be chosen by visitors either on a business trip (conferences, meetings, etc.) or on an incentive trip.

ACB’s workshop included presentations on tours of the “unknown Athens” and what to do and where to go in Greece’s capital, while the city’s hideaways were also “revealed” to the audience.

The ACB was established in March 2008 by the City of Athens as a division of ATEDCo, the official tourism board of the city.