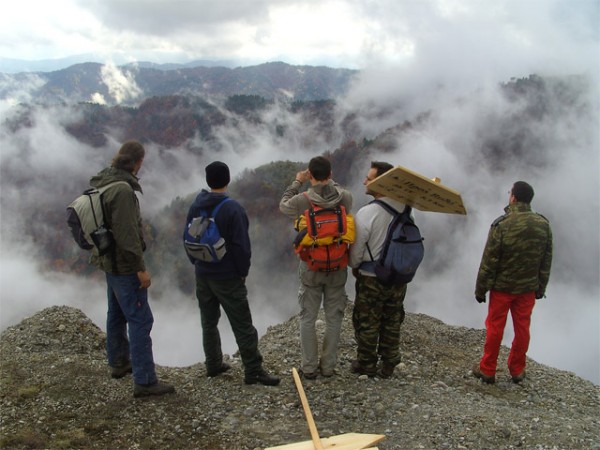 The project has been undertaken by the department of mechanical engineering of the Western Macedonia University lead by Professor Ioannis Bartzis in the context of the Pindos project and is under the aegis of the Prefecture of Kozani.

According to Mr. Bartzis’ presentation, the ultimate aim of the project is to highlight the region’s historical aspects and create infrastructure for the support of ecotourism.

At the presentation, experts informed the audience that international paths E4 and E6 that pass through the area of Mt. Voios and the national trail O3 are in immediate need of reconstruction as they have almost disappeared.

In the case of abandoned paths, the project sees to transform them into hiking trails and mark them as standard mountain paths.

The proposed actions of the project aim to create an integrated network of walking trails of cultural, historical and ecological value in the area of Mt. Voios and to offer better information and safer routes to visitors.