Following the success of last year’s congress in Thessaloniki for professional and conference tourism, the Hellenic Association of Professional Congress Organizers (HAPCO) has announced the 6th Panhellenic Congress and Workshops entitled “Managing Change in the Meetings Industry.” 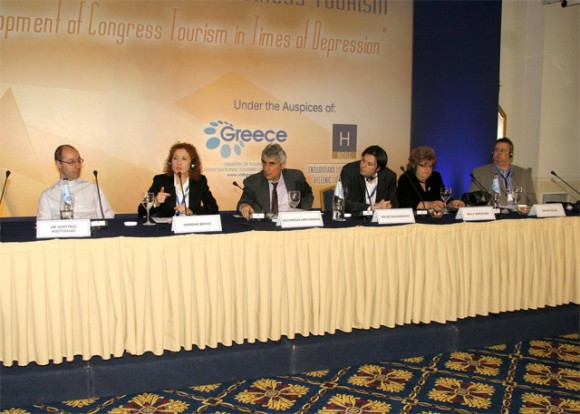 At last year’s congress in Thessaloniki HAPCO focused on “Strategies of Regional Development of Conference Tourism in Times of Depression.”

The congress is scheduled for 4-5 March 2010 and will take place in Athens, at the Hellenic Cosmos cultural center (Theatron).

According to HAPCO, the agenda of this year’s congress will include interesting topics that cover the trends and concerns of the Greek and international congress market and workshops, which every year operate as an effective platform for dialogue among speakers and attendees.

Prominent Greek and international conference tourism professionals are expected to participate in the congress and submit their views and experiences to the audience.

In a press release, HAPCO underlined that 2009 was undoubtedly a difficult year in which global tourism and thus the conference market had experienced significant changes at all levels.

GTP is among the communication sponsors of the congress.