SETE’s 2009 Overview Not A Pretty Picture

Greek tourism seems to be headed in the same direction it always has, the president of the Association of Greek Tourism Enterprises (SETE), Nikos Angelopoulos, said last month while addressing Greek journalists at the association’s 2009 overview.

According to Mr. Angelopoulos, the first priority for the survival of Greek tourism is to solve the liquidity problems of tourism enterprises. 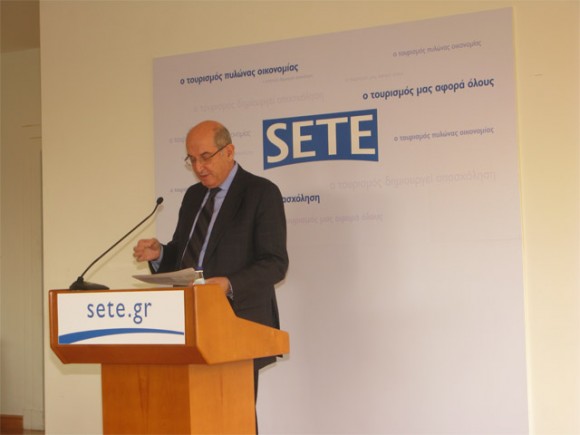 He said that the issue could be addressed directly if tourism enterprises received financial support from banks in the form of government bonds.

SETE’s president also underlined the fact that many tourism businesses were still owed the subsidies from the Greek Development Law while other enterprises are in trouble due to delayed VAT refunds. (The subsidies owed to tourism enterprises amount to some 350 million euros just for 2009.)

SETE’s president also referred to the necessary expansion of the 14 tourism protection measures that were announced by the previous government in December 2008 and stressed the need for other sectors of tourism to benefit from them (tour operators and marine tourism enterprises).

“This could take place in a period when several European Union countries are reducing the VAT such as France, Germany and Cyprus,” he said.

At this point, he highlighted the fact that a GNTO President still has not been elected, which, of itself, results in major problems in decision-making on crucial issues.

On his part, President of the Hellenic Hotel Federation Andreas Andreadis said that another major problem is the lack of coordination among ministries jointly involved in tourism.

“But coordination is difficult as our sector is left with half of a ministry,” he said in reference to the merging of the culture and tourism ministries.

“The inclusion of tourism in a ministry along with culture and sport simply proves that the state continues to have a reduced interest for tourism,” Mr. Angelopoulos concluded.

Attica Hotel Revenue Down in Jan-Sep 2009