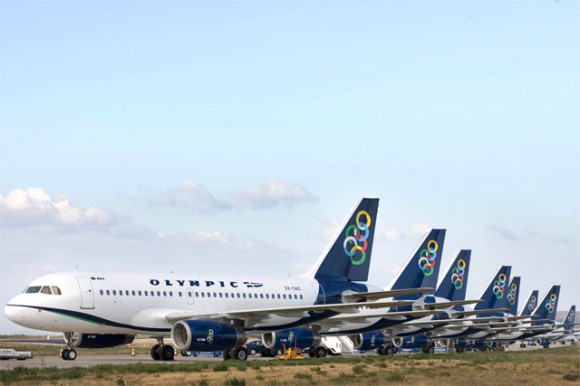 Olympic Air began operations on 1 October with a fleet of 21 aircraft that should rise to 25 by the end of November and gradually expand to 32 under an investment plan that exceeds some 750 million euros. Olympic Air employs a staff of 5,000 people.

Olympic Air, the successor of former state-run carrier Olympic Airlines, made its first official flight to Thessaloniki on 1 October with an Airbus 320. The first route symbolically retraced the route first taken by Aristotelis Onasis’ Olympic Airways on 6 April 1957 with a Dakota aircraft.

After the flight, the carrier’s new owner, Marfin Investment Group’s President Andreas Vgenopoulos, noted that it is a unique achievement in the aviation industry to set up, operate and fly a new airline in just a few months.

“However, we are not owners of the ‘Olympic’ name but only its managers as the name belongs to the Greeks,” he said.

In March MIG bought over Olympic Airlines’ assets for 177.1 million euros, which included the share capital of Pantheon Airways, ground handling services and Olympic’s technical base.

In September, Olympic Air announced a code sharing deal with Delta Airlines on the Athens-New York route from 1 October in a bid to boost its global reach.

The airline also announced that agreements would be signed with Air France-KLM, Cyprus Airways and Etihad Airways for flights to Canada, France and the Netherlands by March 2010.

In addition, MIG’s President Andreas Vgenopoulos also announced the creation of another airline under the name “Macedonian Airlines.”

The airline will be an Olympic Air subsidiary with headquarters in Thessaloniki and, according to reports, the first flights will be destined to Germany and Amsterdam.

The 24 state-subsidized routes (agones grammes) and the ground handling operations at 34 airports (which was under Olympic Airlines monopoly until 6 October) are served temporarily by Olympic Air until new tenders are launched, according to the previous government’s decision.

According to recent press reports, Infrastructure, Transports and Networks Minister Dimitris Reppas recently announced that tenders for the state-subsidized routes and the ground handling operations of 34 airports are soon to be announced. By the time we went to press the announcements had not been made.

As for the renationalization of the carrier, Mr. Vgenopoulos had said in September that he would give the new government three months to renationalize Olympic if it is so wished.

Olympic Air’s entrance in the Greek aviation scene marked the end of Olympic Airlines, which after six years as Greece’s national carrier has seized all routes to 56 domestic and international destinations.

Olympic Airlines had been operating in its present form since 23 December 2003 as a successor to the -until then- Greek national carrier Olympic Airways.

The technical base and all ground handling services were transferred to Olympic Airways-Services in an effort to facilitate their privatization.

However, the tender launched at that time was declared barren and in the autumn of 2008 a new tender was launched.

In March 2009 the contract was signed for the transfer of assets to Marfin Investment Group for 177.1 million euros.

Olympic, which was sold to the Greek state by Aristotle Onassis in 1974, has returned to private hands after 35 years of state ownership.