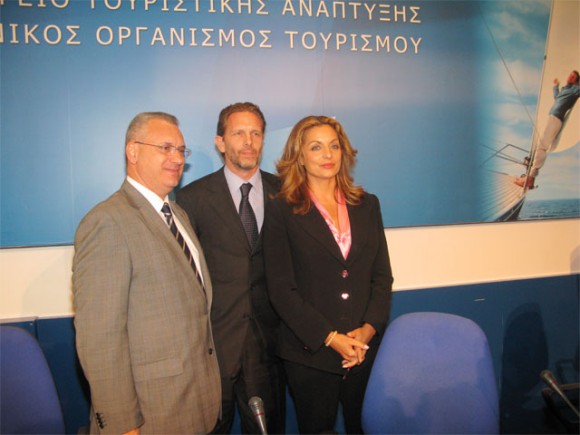 Following the parliamentary elections on 4 October that were marked by the victory of PASOK, new Greek Prime Minister George Papandreou announced a new cabinet and the merging of existing ministries. The ministries of culture and tourism development have become a single Ministry of Culture and Tourism.

The new Culture and Tourism Minister is Pavlos Geroulanos and Deputy Minister is Angela Gerekou.

During the handover ceremony for the tourism ministry, outgoing New Democracy Tourism Minister Kostas Markopoulos congratulated his successor and promised to be of assistance whenever requested. “There is no doubt that tourism unites all Greeks,” said Mr. Markopoulos.

On his part, new Culture and Tourism Minister Pavlos Geroulanos thanked Mr. Markopoulos and said that he is looking forward to a good cooperation with all in order to bring positive results to the Greek tourism scene.

“Now it is time to roll up our sleeves and get to work,” Mr. Geroulanos concluded. 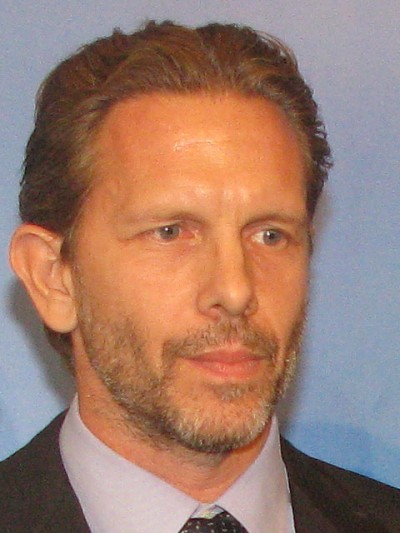 Pavlos Geroulanos was born in Athens on 29 May 1966. He studied history at Williams College where he specialized in Modern European History. In 1994 he graduated with a Masters of Business Administration from the Sloan School of Management at M.I.T. and a Masters of Public Policy from the John F. Kennedy School of Government at Harvard University.

Before and during his studies he worked as Chief Financial Officer of Photoelectron Corporation in Waltham, Massachusetts.

On his return to Greece he joined Cephalonian Fisheries in Lixouri, as Director of Finance and oversaw the restructuring of the company from 1994 to 1998.

During the period 1999-2004 Pavlos Geroulanos obtained the position of General Secretary of Greeks Abroad and held the position of Advisor to the Minister of Foreign Affairs, George Papandreou.

From 2004 to 2006 he was administration staff director in the company Egon Zehnger International.
In January 2006 he was appointed director of the political office of the PASOK President and since March 2008 was the communication secretary of PASOK.

He speaks English and French. He is married to Lara Barrage-Geroulanou and has two children, Tatiana and Alexandra. 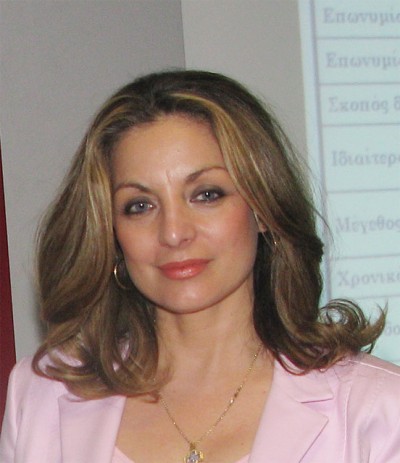 Angela Gerekou was born and raised in Kerkyra.

She graduated from the School of Architecture at the University of Rome, where she also attended seminars in psychology and sociology. She worked as an architect in Kerkyra and took part in special programs of the Ministry of Environment, Physical Planning and Public Works.

Angela Gerekou has also pursued a career in acting. A household name in Greece due to her many appearances in TV and film, Mrs. Gerekou was elected to represent Kerkyra as a member of parliament for the PASOK party in 2004.

On 16 March 2005 she was elected to the Political Council of PASOK and assumed the sector of Solidarity and Volunteerism until December 2006.

In 2007 she was re-elected to represent Kerkyra as a member of parliament for PASOK and was responsible for tourism affairs.

She speaks Italian, English and French. She is married to Greek singer Tolis Voskopoulos and has a daughter.