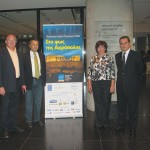 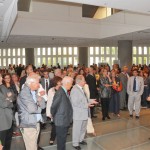 Anna Anifanti, HATTA's General Manager (right), coordinated the guests in the lobby of the new museum. 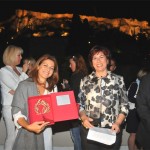 This year HATTA celebrated World Tourism Day by honoring the most important cultural event of the year for Greece: the opening of the new Acropolis Museum. On 28 September HATTA organized a special tour of the new museum for Greek and foreign tourism industry representatives. “We, the people of tourism, must support the cultural richness of our country with all our power,” HATTA’s president Argyro Fili told GTP.

GTP: Tourism celebrates “diversity” this year on the occasion of World Tourism Day. What is Greek tourism’s perception of diversity?
Argyro Fili: Tourism is the main growth tool of the global economy, it opens job opportunities and helps improve the quality of life. It influences and is influenced by the environment, culture and contributes to international understanding. 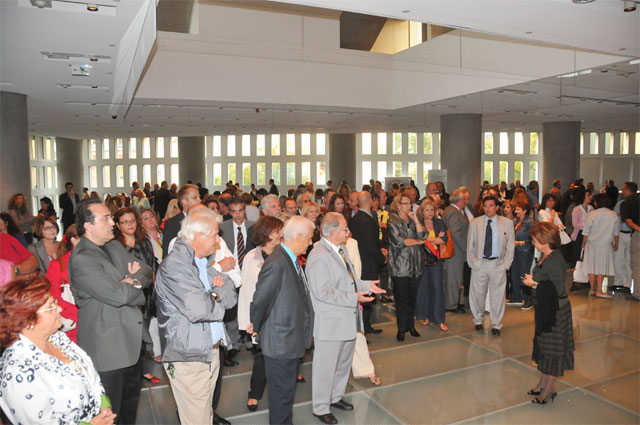 I would like your impressions of Greek tourism in 2009 as recent statistics showed an 8.5 percent fall in arrivals of foreign visitors (January-August).
It is a fact that the initial estimates at the beginning of the year were more ominous than the final results. Last minute bookings, which were consistently higher in the summer time, did help. Nevertheless we are not satisfied with the amount of bookings despite the actions and measures taken to reduce the adverse effects.

This year HATTA celebrated World Tourism Day with an event that included a tour of the New Acropolis Museum for tourism professionals. Is the new museum one of Greece’s “hidden aces” for 2010?
HATTA responded to the need to hold a separate event for tourism professionals, because our members—the travel agencies of the country, the producers and distributors of the tourism product—have the pleasure and obligation to make certain that the Acropolis Museum will always have high traffic over time. 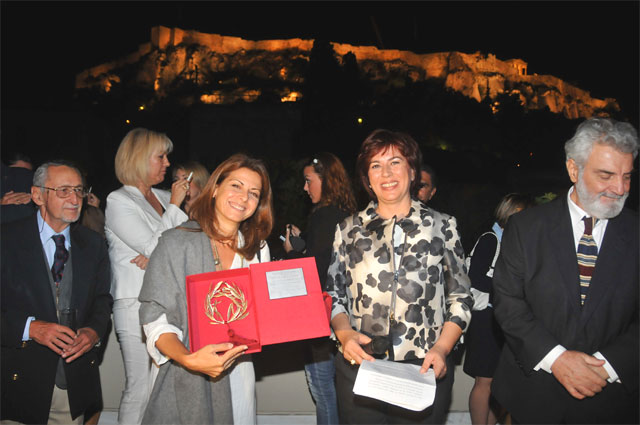 Where does Greece succeed and where does the country lag when compared with competitor countries?
Greece is composed by several strong positive elements and equally strong negative ones as it has a rich and ancient history, natural beauty, hospitable people, entertainment, cuisine but also lacks organization and infrastructure and is weighed down by bureaucracy.

Tourism is…
…more than just a calculation of tourist arrivals and foreign exchange. It is creation, imagination and communication.

Your predictions for 2010’s summer tourist season?
According to a study by Tourism Intelligence International, global tourism usually recovers a year after the arrival of a major crisis. Also, estimates of the World Tourism Organization and the World Travel and Tourism Council predict a growth in world tourism by one percent. We will be satisfied if the tourism movement in Greece remains at the same level and marks an increase.