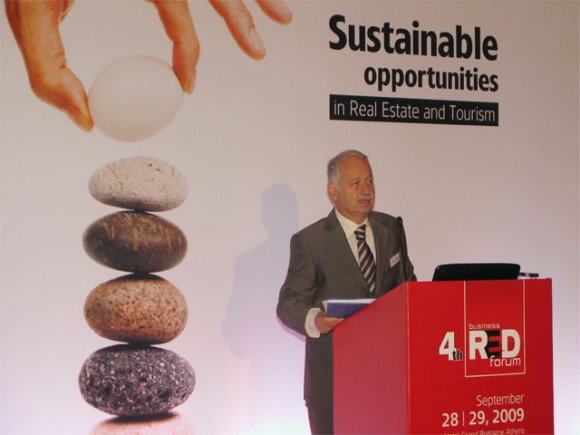 Professor Vassilis Patsouratis, general manager for the Research Institute for Tourism and Forecasts (ITEP) analyzed the problems Greek tourism is up against: lack of vision, lack of cooperation among ministries and lack of investment incentives.

Greece could reap in some one billion euros annually; 14,000 new job positions would open; and the local economies of tourist areas would have a huge increase in income from tourists that arrive to Greek ports by a cruise ship if the cabotage law is lifted, tourism professionals recently agreed.

This was the main conclusion of the 4th RE+D business forum “Sustainable Opportunities in Real Estate & Tourism” that was organized recently in Athens.

“Greece is the second most popular destination for cruises with Italy in the first place and Spain in the third,” said Andreas Stylianopoulos, executive vice president of Navigator Travel & Tourist Services.

Mr. Stylianopoulos presented figures that showed revenue share among the destinations and said that Greece’s share could rise significantly if cabotage is abolished.

According to tourism professionals, the Panhellenic Maritime Federation is the “obstacle” to the lifting of cabotage as it fears job losses.

The first section of the conference was entitled “Betting on marinas and the cruising industry” and included a group discussion that also focused on the establishment of measures for the designing and development of Greek marinas.

“If someone asks which country has the best marinas the answer would not be Greece,” said Greek journalist Vicky Vamiadaki who was moderating the discussion.

Nikos Kantarzis, vice president and managing director of municipal company Kos Ependitiki, gave a presentation of the revamp his company did for the marina on Kos.

Mr. Kantartzis spoke in regards to a new expansion plan that would give 500 spaces to the marina (from 250 that it has now) with a budget of 12 million euros. 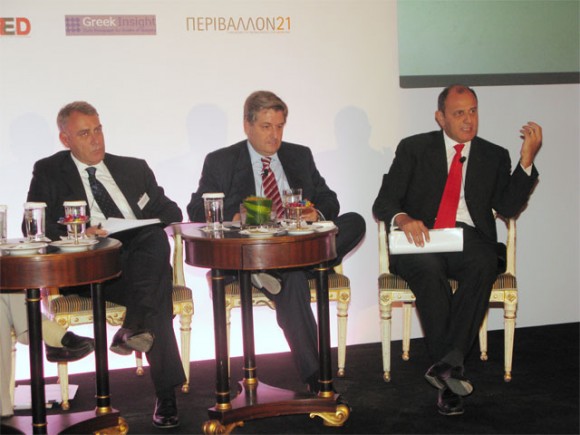 Mr. Kantarzis also underlined that it would take a great effort for Greece to compete with Turkey as far as marina infrastructure is concerned since the Turks can fit 5,761 ships in their up to date marinas.

The second session of the conference focused on the competitiveness of the Greek tourism industry.

Tim Ananiadis, Starwood area manager for Greece, Turkey and Cyprus, said that Greece is in need of a diversified tourism product as the country currently bases its tourism market on its physical beauty rather than its services.

In regards to Athens, Mr. Ananiadis said that the appropriate steps must be taken to promote the Greek capital as a City Break destination.

According to Mr. Panagiotopoulos, Athens has not been properly promoted as a tourism destination and does not make use of its advantages (archaeological sites, etc.) as opposed to other European cities.

During the third session, entitled “New strategy in the Tourism Industry,” Vasilis Avramopoulos, managing partner of Avramopoulos and Partners, refered to the zoning law for tourism that was approved months ago but is not viable as the necessary administrative actions have yet to be issued.

“If we do not have a clear institutional framework we will never be in the position to attract foreign investors,” he underlined.