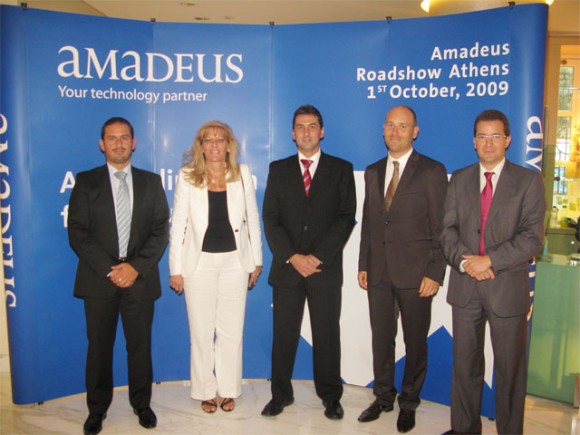 The new distribution platform “Content Inn by Amadeus” has come to Greece to fill the gap in customer demand for quick and easy access to hotel suppliers and other travel services, said Juan Antonio Carrasco, director of markets in Central, Eastern and Southern European (CESE), at a recent presentation in Athens.

This new initiative of Amadeus Hellas offers travel agencies access to numerous hotels in more than 240 countries; the ability to make group bookings; direct access to large hotel chains; the comparison of prices of different suppliers; and the promotion of the best available price.

According to Mr. Carrasco, the Content Inn platform can be fully integrated to the Amadeus Selling Platform solution. 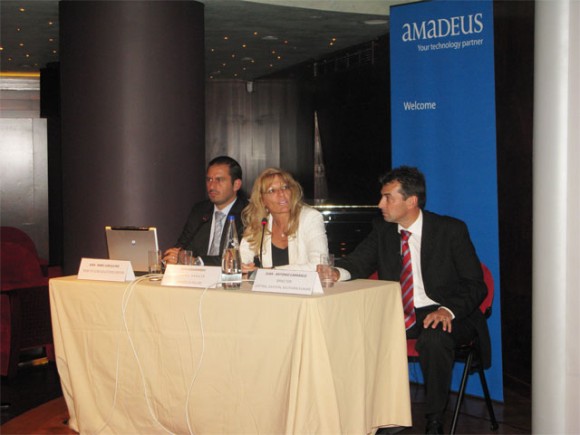 Amadeus’ challenge and commitment is to offer the most effective solutions combined with cutting edge technology so that at all times the most demanding needs of customers would be covered,” said Eva Karamanou, general director of Amadeus Hellas.Amadeus also announced the launch of the Regional Solution Center for CESE -the first of this kind in the region- headquartered in Warsaw, Poland. The center is led by Jean-Marc Garzulino and supports Amadeus’ commitment to the region by catering the specific needs of the CESE travel industry.

Amadeus also announced the launch of the Regional Solution Center for CESE -the first of this kind in the region- headquartered in Warsaw, Poland. The center is led by Jean-Marc Garzulino and supports Amadeus’ commitment to the region by catering the specific needs of the CESE travel industry.

“The new regional solution center will strengthen the position of Amadeus in Greece and Cyprus, which are key markets for Amadeus in the region,” Mr. Garzulino said.

As for Greece, Mr. Carrasco told GTP that he sees a “slow but sure” progress in the online business as more traditional travel agencies are showing an interest in technology and marketing investments.

Mr. Carrasco added that Amadeus’ Southern Europe market share -which has remained low in comparison to Central and Eastern Europe- has reached 62 percent from 60 percent in 2008.

“This increase is mainly due to the strong market share gain in Greece… For 2009 we basically saw that Amadeus Hellas increased its market share,” he said.