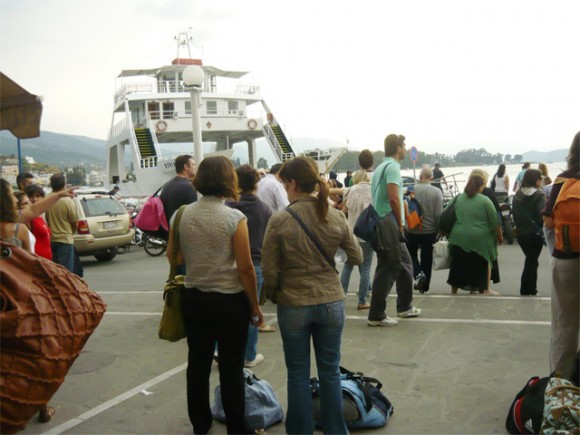 KEPKA said that Greek shipping also received its share of complaints from dissatisfied passengers as 20 instances were reported from 1 July-15 August 2009.

The center emphasized that although this year -due to the global financial crisis- Greek tourism businesses were supposed to be more attentive to the quality services, consumer complaints jumped 25 percent.

In other instances hotel owners refused or postponed the reimbursement of consumers who had canceled their reservation on time.

Also, consumers complained that the accommodation for which their reservation had been made did not respond whatsoever to facilities shown on the websites of hotels (sea view, air conditioning, kitchen).

One complaint involved a hotelier demanding extra money to provide a room with air conditioning.

A very common complaint was that many hoteliers refused to reserve rooms for holders of social tourism vouchers issued by the Ministry of Employment and Social Protection.

In regards to air travel, 62 complaints were filed. According to passengers, in many cases airlines canceled their flights at random at the last minute, delayed flight departures, lost or destroyed baggage and would delay refunds from ticket cancelations.

Twenty-six cases were recorded in regards to complaints on package trips. Consumers claimed to not have been properly informed on contract conditions for cancelations, the total cost of the package and additional charges.

Car rental companies received six complaints in regards to unfair charges on credit cards after the return of the car to the company (company claimed that vehicles were damaged).

Consumers also mentioned that prices posted on the Internet were different than the prices announced to them in person. Also cars in poor condition were delivered to those who had rented via Internet or telephone.

The center also noted that consumers also complained that they were not properly informed on the new influenza A(H1N1) (if restrictions were carried out in other countries, preventive measures etc).

KEPKA said that—with their intervention—most of the filed complaints have been resolved while others are still in process.

The center put emphasis on the responsibility the relevant ministries (Tourism, Merchant Marine, Aegean and Island Policy, Transport and Communications) have in regards to supervising tourism services.

KEPKA also wondered “when will all the ministries finally step up and control the tourism businesses on time and impose strict fines?

“We do not need pretentious speeches, expensive ads and beautiful beaches to attract tourists… Last year we warned on the same issues but were ignored,” KEPKA concluded.