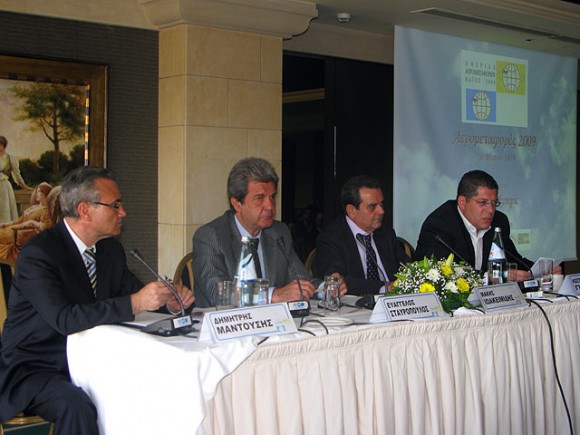 Proposed solutions and improvements on technical and substantive issues within the relations of tourism offices and airline companies were discussed recently in Athens at the “Air Services 2009” conference.

Evangelos Stavropoulos, president of PETAGA, underlined that the travel agency industry must show strength, unity and readiness to support its interests.

According to Mr. Stavropoulos, due to competition and oil increases airline companies tend to choose different strategies in order to reduce operating costs.

The union’s president reminded the audience of the strategy that saw the transfer of several obligations to travel agencies (issuing of tickets, reissuing, prepaid tickets).

“They took measures to reduce the commission without rewarding those who circulate their product while they demand better guarantees,” said Mr. Stavropoulos.

He also underlined the fact that airlines that operate in Greece have repeatedly expressed their desire to increase the frequency of BSP (Billing and Settlement Plan) payments from a monthly to a weekly or a two-week basis.

According to tourism professionals, such a development will have a significant impact on the liquidity and financial strength of travel agencies either directly to the agencies that issue air tickets (IATA agents), or indirectly through the organization of trips (tour operators) and the resale of airline tickets (non IATA agents).

Also discussed at the conference were the developments and new data on air transport on a European level.

In addition, the role and function of the APJC (Agency Program Joint Council) was analyzed along with the prospects and benefits of the use of the MIDT (Marketing Information Data Tapes) program.

The conference, which also took place in Thessaloniki, was held with the support of Greek Travel Pages and GTP Direct E-mail.