Celia and Nikos Krithariotis will design the carrier’s new uniforms after their proposal received 22,139 votes in an online voting competition. 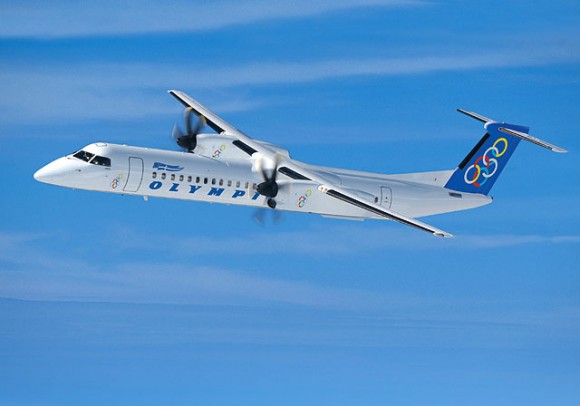 The online competition gave the public the opportunity to get involved and help “design the new Olympic” by allowing them to choose between three proposals submitted by the Krithariotis duo, P2 Group and the Akto Team. A total of 43,925 users voted online.

A similar online voting process for the selection of a new logo for the airline is to begin soon.

Olympic Airlines is currently going through a transition period with the transfer of the company’s assets to MIG while well-known names of the Greek airline industry are being heard throughout the process.

It has been announced that Panagis Vassilatos has been appointed to the position of sales director for Greece for Pantheon Airways (Olympic Airlines flight operations). For the past 22 years Mr. Vasilatos was a member of the KLM family.

Also, with 22 years under his belt, Nikos Bolias (TWA, Alitalia, Thai and KLM) has been appointed sales director for Southern Greece for Pantheon.

In addition, MIG announced that Panos Alevras would assume the position of general manager in the company of ground handling, Olympic Handling.

MIG recently announced an order for eight Q400 aircraft for the new Olympic. The value of the firm order contract is some $224 million and could increase to $468 million if the eight options are exercised.

On 1 October Pantheon Airways will be renamed Olympic Air and MIG will obtain 100 percent of the shares.