Ios: More Than A Party Scene 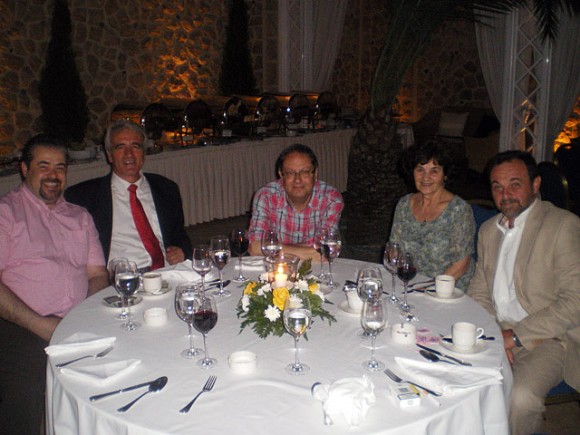 At a recent presentation of Ios, Mayor Yiorgos Poussaios underlined that the island obtains the requirements and comparative advantages to attract tourists of all ages and demands.

According to the mayor, Ios for years has “wrongfully” been considered mainly a hotspot for young ages that arrive on the island almost exclusively in July and August.

Ios has been globally classified as a party destination along with hot spots such as Acapulco and Ibiza.

“Ios is not only accessible in July and August…Our aim is to lengthen the tourism season and attract visitors from April until October,” Mr. Poussaios said.

Mr. Poussaios informed journalists that the island has alternative forms of tourism such as cultural, religious, marine and agritourism and not only nightclubs.

Also, the mayor referred to the cultural activities that take place at the Odysseus Elytis theatre, the 300 churches, the archaeological museum and the tomb of renowned Greek poet Homer.

“The Ios Municipality and the culture ministry are in the process of promoting the tomb of renowned Greek poet Homer on a global scale,” said Mr. Poussaios.

Among the municipality’s ambitions is to attract domestic tourism as the majority of arrivals to Ios are international.

“Of course we want to keep our traditional markets-Italy, the U.K., Israel, the U.S., Canada and Ireland-but the island is also ideal for domestic tourism.”