Mr. Stelliatos underlined that the main obstruction to the development of Greek professional yachting is the lack of marinas.

“The Alimos marina is congested and the Vouliagmeni marina does not accept professional yachts,” he stressed. 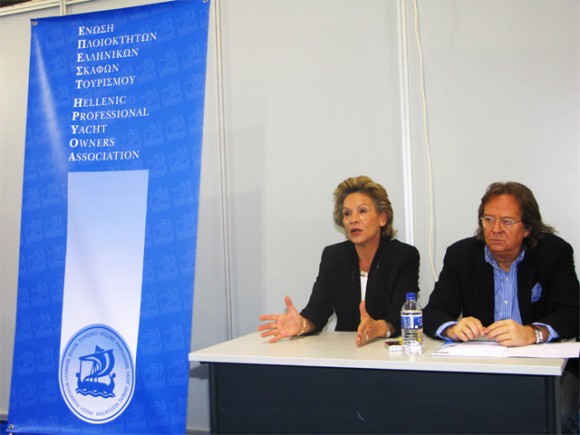 He also expressed his scepticism in regards to the Agios Kosmas marina, which has not accepted yachts for berthing since 2004.

According to Mr. Stelliatos, another problem is that the Attica marina managers refuse to comply with the memorandum signed by the association and the Tourism Real Estate Company (ETA) that foresees reduced invoice costs.

“They will not accept professional Greek-flag yachts because their profit is low,” Mr. Stelliatos concluded.

As for the marinas on Greek islands, Mr. Stelliatos said the situation is the same.

“Professional yachts have no access to the marina in Mykonos as it is permanently congested with private yachts and in Santorini there is no marina to begin with,” he said.

In regards to the crisis, Mr. Stelliatos said that until mid-2008 the industry kept a satisfying pace.

“As of September the industry has become problematic as our main markets are either non-existent (e.g. Unites States) or inactive (e.g. Russia) due to the crisis,” he said.

In addition, Mr. Stelliatos said that luxury tourism is part of Greece’s image but nothing has been done to support that image.

“Greek tourism is not only hotels and tour operators,” he concluded in reference to the government’s support measures for tourism, which do not mention marine tourism.