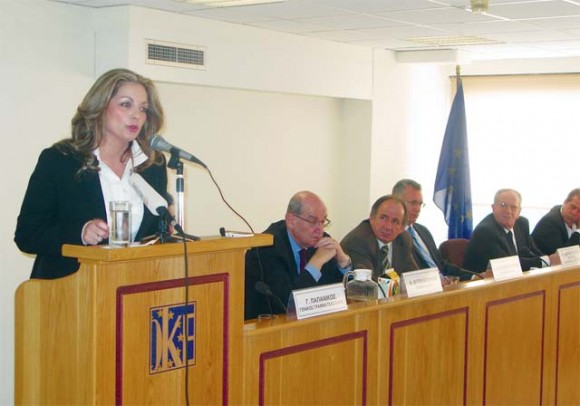 The economic crisis has already affected tourism occupations as enterprises are planning layoffs and pay cuts, according to Christos Polyzogopoulos, president of the Economic and Social Council of Greece.

Speaking at a recent seminar, Mr. Polyzogopoulos pointed out that 90,000 people in the tourism sector may lose their jobs this year.

“The government should take immediate measures to support tourism and employment with an integrated strategy,” he said.

The President of the Association of Tourism Enterprises, Nikos Angelopoulos, predicted that the situation will worsen as “during a crisis, the first thing enterprises see to is the dismissal of workers from their positions in order to reduce labor costs.”

Leonidas Karathanasis, president of the Panhellenic Federation of Catering and Tourism Industry Employees, demanded that the state take action against the consequences that affect employees due to the crisis.

“Many tourism enterprises made job cuts as early as October 2008 as a ‘precaution’ against the crisis,” he said.

On his part, Tourism Minister Kostas Markopoulos assured the audience that the tourism ministry would make every effort to maintain jobs in the tourism sector.

He also underlined the positive impact of the planned zoning law for tourism.

Tourist Guide For The Disabled