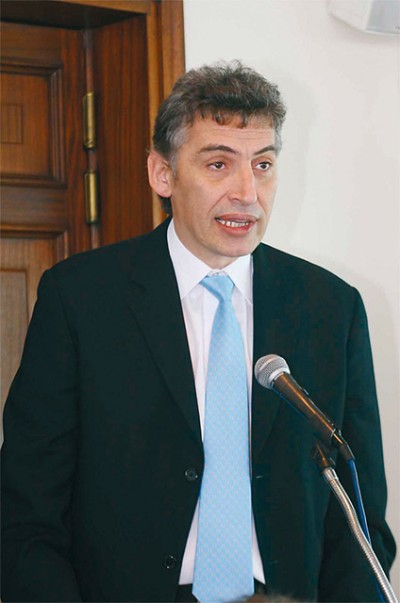 Mayor of Piraeus Panagiotis Fasoulas announced that the Municipality of Piraeus would organize a discussion in regards to the subject in the spring of 2009.

Mayor of Piraeus Panagiotis Fasoulas recently proposed the organization of an annual event, on the level of the International Exhibition of Thessaloniki, to support shipping.

According to the mayor, the response of the Greek government and social partners to his proposal will confirm the need to turn Piraeus into the shipping and financial center of the wider region of Southeastern Europe and Eastern Mediterranean.

According to shipping experts, the mayor’s proposal, which comes at a particularly difficult period for shipping, is expected to further highlight Piraeus as one of the largest international shipping centers.

However, as Greek shipowners have repeatedly stressed, the further development of Piraeus depends on the improvement of infrastructure and the general business climate that is linked to the overall economic policy.

Shipowners note that in recent years the presence of Piraeus within the international shipping community has improved due to the stronger presence of foreign banks in Piraeus and to other activities that are linked to shipping such as law firms, insurance agencies, etc.

Over 1,100 shipping companies are established in Piraeus and the Attica basin in general.

No Rise in Piraeus Port Rates