The president of the Association of Greek Tourism Enterprises, Nikos Angelopoulos, recently called for urgent measures to support and strengthen the tourism sector in order to minimize the losses that are expected in 2009. 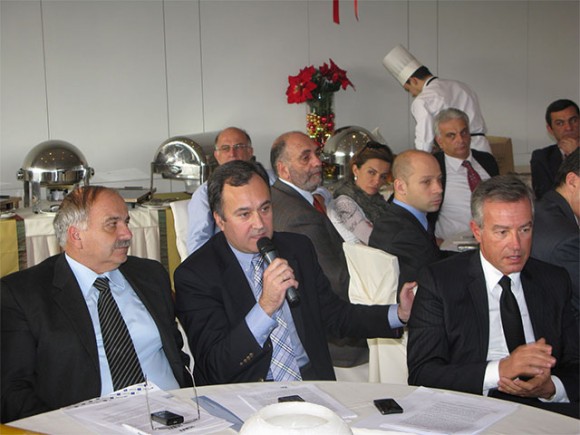 Aristotelis Thomopoulos, president of Helexpo, stressed that reservation cancellations in Thessaloniki in December reached over 50 percent due to the riots that took place throughout the country.

The association’s president gave a brief overview of the year 2008 during a meeting with journalists.

According to the president, the 2008 tourist season closed just about at the same level of 2007.

“Small variations of more or less one or two percent are not grounds for celebrating nor predicting disaster,” the president said.

He underlined that in 2009 he forsees a reduction in pre-bookings despite early booking discounts, which have increased.

He recommended that all tour operators have tight control over discount policies, which they should always link to the development of booking positions of their enterprises and the wider region and the development of outbound tourism from each individual market that they cooperate with.

Mr. Angelopoulos stressed that the riots that took place in Greece had a negative affect on the country and particularly the capital’s image.

“Regardless of what happened and for which the tourist community obviously does not bear any responsibility, we appeared once again unprepared,” he said.

He ascertained that the crisis will pass at some time in the future at some cost, but there are problems that persist. He underlined that the regional airports are in an unpleasant condition, while Greece still “serves” cruise ships with terminals that resemble those of a third world country.

The association’s president added that the tourism ministry has limited authority, something that is a complete mismatch with the increased needs of tourism.

He said that one of the momentous factors of delays of tourism issues is the lack of central coordination of the associated ministries, along with the denial of cooperation on their behalf.

“Of course everyone is concerned about how many tourists will arrive next year, but not how good or bad next year will be in general for the tourism sector,” he concluded.