For many years Greece has promoted the classical form of tourism, the so-called “sun and sea,” but alternative forms of tourist interest should be considered as well for areas that visitors may prefer besides the islands, said the secretary general of the Region of Eastern Macedonia-Thrace, Dimitris Stamatis, during a promotional event for the area.

Mr. Stamatis emphasized that the region of Eastern Macedonia-Thrace, with 30 protected areas and two national parks, is an emerging tourist destination in a rising and constantly developing tourism market.

The secretary general spoke extensively in regards to the comparative advantages of the region and highlighted the rare flora and fauna, the diversity of the landscape, the multitude of local products (gastronomical delicacies) and the possibility of many different activities for visitors. 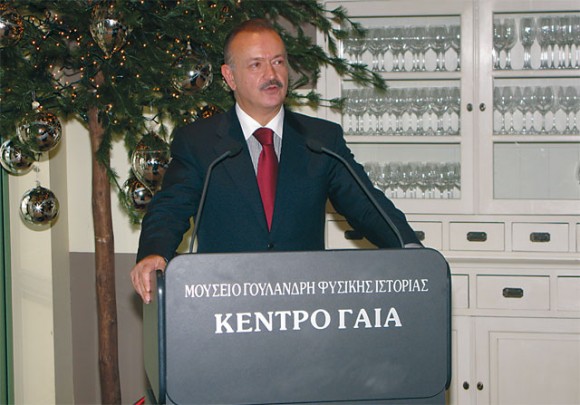 According to the secretary general of the region, Dimitris Stamatis, Eastern Macedonia-Thrace, which consists of Evros, Rodopi, Xanthi, Drama and Kavala prefectures, can develop in the international tourism market as an ideal destination for alternative forms of tourism and eco-tourism in particular thanks to its environmentally protected areas.

He referred to the alternative forms of tourism offered within the region such as sea tourism, archaeological tourism, religious tourism and mountain tourism.

“Regions such as Eastern Macedonia-Thrace offer a variety of tranquil alternative forms of tourism that can attract quality tourism,” he said.

Among the secretary general’s future plans is the promotion of the region to countries of the Balkans, Eastern Europe and Moscow.

Mr. Stamatis expressed his desire to also attract domestic tourism to the region, which has always remained on the sidelines of interest and considered as an unknown area.

“Eastern Macedonia-Thrace would be booked solid for the next five years if Athenians, for example, were interested in visiting the region,” he stressed.

He mentioned that one of the main disadvantages of the region is the lack of tourism infrastructure throughout the region and requested support from the state.

The president of the Greek National Tourism Organization, Athanasios Oikonomou, claimed to be aware of this need and underlined that the region must show persistence in the provision of high quality services.