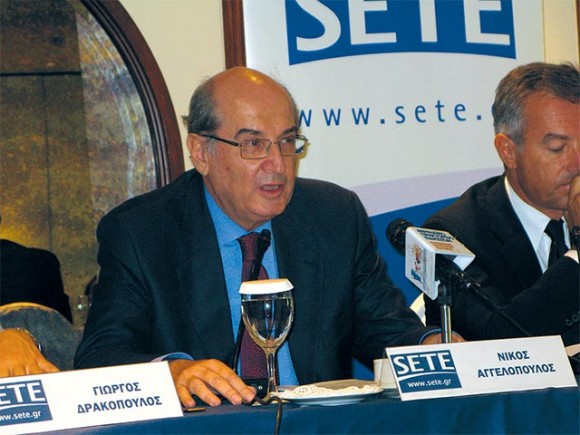 Tourism Minister Aris Spiliotopoulos and the president of the Association of Greek Tourist Enterprises, Nikos Aggelopoulos, recently decided to work together on issues in relation to tourist traffic data and marketing strategies.

This joint decision of cooperation follows continuous disagreements between the ministry and the association in regards to the calculation of the percentage of the tourist traffic progress up until the month of July.

Recent data released by the association concludes that Greek tourism for the January-August 2008 period could be considered to be on the same level as 2007, with slight variations by destination.

The tourism ministry agreed with the figures presented by the association and replied that “Greek tourism stood tough and resisted the adverse international economic situation and disadvantages of the euro exchange rates.”
Until recently, Tourism Minister Aris Spiliotopoulos had announced that according to figures from the Greek National Statistics Service, the six-month January-June 2008 period showed a three percent increase in arrivals to Greece (see story on page 7).

After the association’s revelations, the ministry agreed with the -0.78 percent figure and said the slight reduction did not show any notable change for the 2008 tourist season. The association announced that among the immediate priorities of the government policy on tourism should be the creation of a reliable system to record and monitor all the variables of the tourist economy.

The long awaited tourism satellite account and tourism observatory is considered to be the most appropriate method to record and monitor the Greek tourism economy and to link it with the national economy as a whole. And therefore, create a new tourism identity for Greece.

According to professor Michael Sfakianakis, a member of the committee in charge of the project, the account and the tourism observatory is soon to become a reality as it will be fully operational by early 2009.

“We are in the stage of adjusting the data compiled from the Greek National Statistical Service and the Bank of Greece,” Mr. Sfakianakis told GTP.

Mr. Sfakianakis said that, at the moment, the arrival figures for 2008 are being estimated and the results are expected to be announced in the near future.

The association however is not optimistic in regards to the operation of the account.

“SETE, which originally proposed the set up of the account, has totally forgotten the existence of the project as no progress has been noticed to this day,” Mr. Drakopoulos told GTP.

On the minister’s side, when questioned about the matter during a press conference on 14 July, Mr. Spiliotopoulos had assured that in 10 days the ministry would make public very specific details about the progress of the satellite account.

He had not made reference to the matter since then, but in reply to a GTP query he said: “The satellite account, for the estimation of tourist traffic from scratch, is already in the final phase of completion.

“I have been assured that by the end of 2008 we will be able to move towards secure and accurate estimations that will help us reflect the figures of Greek tourist traffic successfully.”