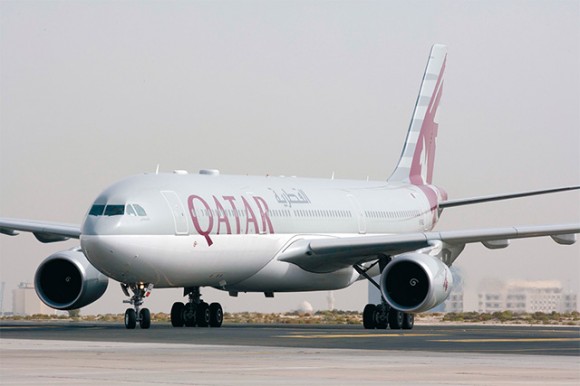 Five-star carrier Qatar Airways recently confirmed its leading position as one of the top 10 airlines in the world and also as the best carrier in the Middle East region.

Results from the latest Skytrax World Airline Awards -based on the opinions of travelers from 95 countries- have positioned Qatar Airways as the best airline in the Middle East for the third consecutive year.

In addition, Qatar Airways’ cabin crew was named Best in the Middle East for the sixth straight year for its outstanding level of onboard service and excellence.

In a 2008 survey of 15 million international travelers, Qatar Airways also received recognition for its catering in the airline’s premium cabins, with both First and Business Class catering featured in the top five lists of award recipients.

The airline’s exclusive Premium Terminal was also high on the lists of First and Business Class lounges that have been recognized as among the best in the world.