Promotion of Thessalia Considered a Success

The promotion campaign of tourist destinations of the region of Thessalia (Larissa, Karditsa, Trikala and Magnessia – Skiathos, Skopelos and Alonissos) was recently completed with countable results.

Activities of the campaign included the organization of conferences on the prospects of regional tourism, participation in tourism fairs, professional meetings with tourism professionals and the operation of a website.

The catch-phrase ‘Thessaly, the myths live here’ was on the sidelines of the Greek National Tourism Organization’s campaign ‘Live your myth’ so that the promotion of Thessalia would be on the same pace as the country’s campaign.

The campaign was addressed both to the domestic tourist market and to countries such as Austria, Bulgaria, France, Switzerland, Sweden, Norway, Russia, Serbia, Turkey and Czech Republic.

The design and implementation of the three-year program was prepared by Civitas Ketchum company. 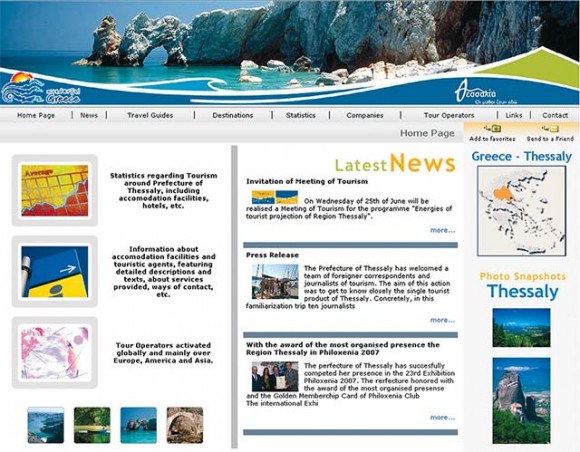