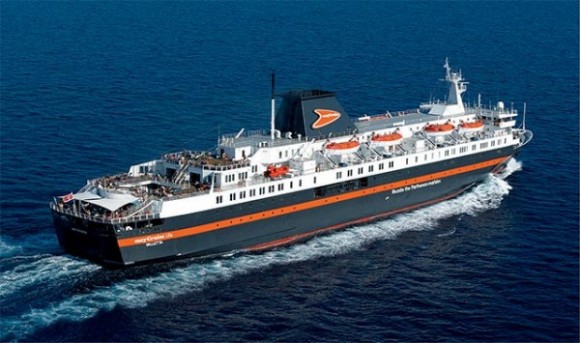 “Reunite the Parthenon marbles” campaign painted on the side of easyCruise Life.

Sir Stelios Haji-Ioannou, founder of easyCruise, recently announced the launch of an advertising campaign that aims to initiate a conversation between Greece and the United Kingdom regarding the cultural debate of the Parthenon Marbles.

Open letters signed by Sir Haji-Ioannou have appeared in the UK national press that call for the curators of the British Museum and the new Acropolis Museum in Athens to open up communications to find a mutually acceptable way to engage in a cultural exchange.

The new campaign from easyCruise uses the wording: “Reunite the Parthenon Marbles” painted on the side of its second ship easyCruise Life that is currently sailing throughout the Greek islands.

In October, easyCruise Life will also operate a seven day ‘Classical Greece by Sea’ itinerary that will take passengers on a cultural tour of Greece.

The Role of Ports to be Discussed