The Hellenic Ministry of Transport and Communications (YME) and the Tourism Development Ministry held a joint press conference recently to reveal the process to aesthetically improve peripheral airports in Greece following a memorandum sent to YME by the Association of Tourist Enterprises (SETE) in December 2007.

The memorandum submitted by SETE to Minister of Transport and Communications Kostas Hatzidakis referred to a series of topics that must be prioritized through ministry policies with regard to air transport. Specifically, the memorandum outlined two plans of action, one being short-term and imperative and concerned with the aesthetic and functional improvement of the most important peripheral airports before the summer 2008 tourism period. The second, long-term aim, concerns the development of peripheral airports and the attraction of airlines to use Greek airports through a policy that would make them competitive with respect to choice, quality, cost and ground services.

Mr. Hatzidakis outlined the aesthetic improvements at several peripheral airports including Heraklion, Rodos, Corfu, Chania and Samos that were concluded last month and the airports of Zakynthos, Kefallonia and Kos that are currently in this process. Lemnos, Santorini and Leros airports are soon to be surveyed. 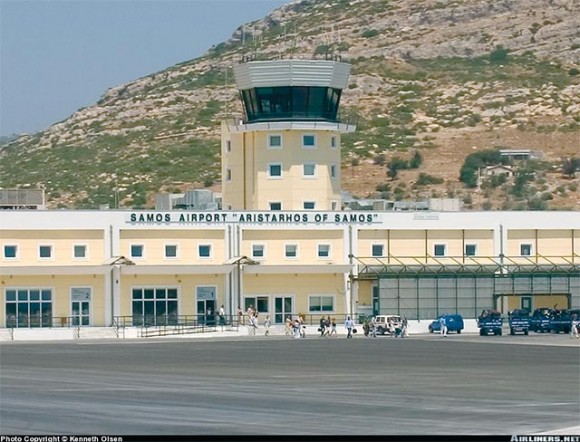 The process, according to YME, includes reparation of lighting, floors, ceilings, telephone booths, seating, and sanitation facilities, repainting of walls, removal of old and abandoned equipment, outdated posters and leaflets, new and clearer signposting. The cost for this project amounts to one million euros and according to
Mr. Hatzidakis, “These are improvements that will not be done just once, but annually, during the less busy winter season before the busy summer tourist season.”

Secretary General of Tourism Spyros Efstathopoulos was present at the press conference (speaking on behalf of Tourism Development Minister Aris Spiliotopoulos) and said: “For the tourism development ministry the aesthetic improvement of airports and other incoming ports is a primary aim since the image of the airport, railway station and port are the first and last that our visitors receive, and therefore our visitor’s first and last ‘true experience’.”

In response to remarks regarding peripheral airport’s lack of ‘marketing’ and therefore inability for differentiation in price and demand Mr. Hatzidakis stressed, “There exist two types of tax, aeronautical and airport, and the latter includes taxes for development and modernization, also known as ‘Spatosimo.'” He added, “A decision was made in the summer of 2007 to reduce airport taxes by 50 percent during the winter months aimed as an incentive to attract more airlines, but results have not been gathered yet as this is the first time this measure was taken.”

With reference to SETE’s memorandum that ground services at larger peripheral airports should be privatized through transparent procedures Mr. Hatzidakis stressed that some of SETE’s demands could not be met as “Privatization will not even be considered and there will be no change in the existing status quo as the primary aim at the moment is to find an investor for Olympic Airlines.”

The minister of transport also used this opportunity to explain that the new airport at Kasteli (Crete) would be the second largest in Greece and constructed by the Hellenic Ministry of Environment, Physical Planning and Public Works through a tender.

Half of Misleading Airline Websites Corrected