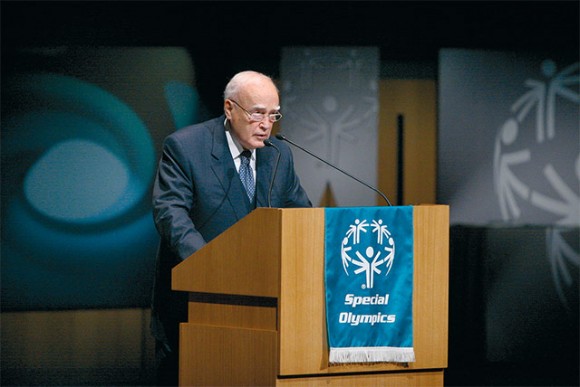 President of the Hellenic Republic, Karolos Papoulias, speaks at the event.

Athens officially announced it would host the 2011 Special Olympics World Summer Games planned for June 25th to July 4th.  Present at the event held at Athens Concert Hall were President of the Hellenic Republic Karolos Papoulias, members of the Greek parliament, 38 ambassadors to Greece as well as athletes and supporters of the Special Olympics movement. The World Games are expected to unite some 7,500 athletes from more than 170 countries.

Thirteen Goodwill Ambassadors were announced who will spearhead communication of the messages of solidarity, respect and acceptance that the World Games represent. The ambassadors all represent Greek media outlets and each individual was presented with a medal and papyrus certificate.