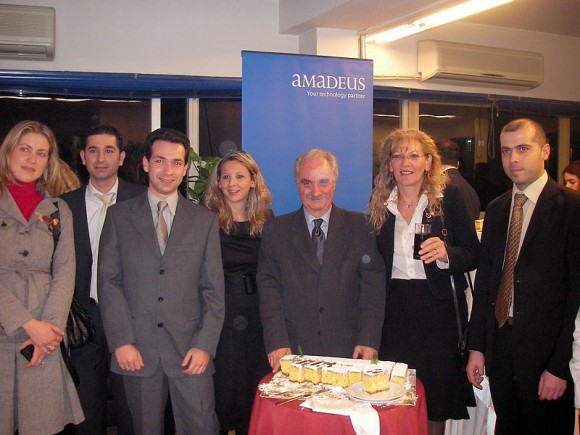 The Hellenic Association of Travel and Tourism Agencies recently hosted an annual event by members of the board and the association’s air matters committee in honor of the airline industry. Representatives from airline companies and distribution companies (CRS) as well as members of tourism and the travel media attended the event.

During the event president of the association, Yiannis Evangelou, discussed issues concerning the airline industry in Greece and asserted, “We must all aim towards a sustainable solution for Olympic Airlines.”

He added, “The continuation of Olympic Airlines along with the exceptional progress made by Aegean Airlines in a contemporary economic climate that would be determined by healthy competition are necessary prerequisites for the future development of both airlines and the establishment of a strong Greek airline sector.”

The president of the association underlined this point and claimed, “If the Americans and the Russians had not competed in space travel neither would have set foot on the moon since competition is key to development, and we need both airlines but most importantly, they need each other.” With regard to the relationship between HATTA and the airline sector, Mr.Evangelou asserted, “despite the disagreements that exist insofar as the rules of conduct between travel agencies and airline companies is concerned, the relationship is a necessary one and therefore this must be considered before any future action is taken.”

The event was sponsored by Amadeus travel distribution system and was attended by General Manager Eva Karamanou, Marketing Supervisor Vicky Bardakou and other executives of Amadeus Hellas.