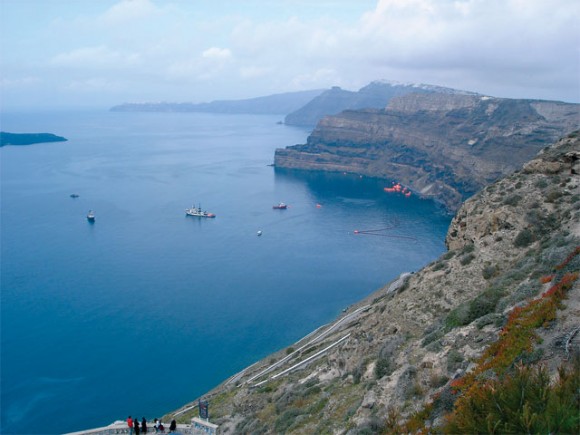 Louis Hellenic Cruises, the operator of the ferry “Sea Diamond” that sunk off the coast of Santorini last April, claims it has successfully completed the cleanup operation in the area near the site of the accident. In its official announcement, the company claims, “The cleanup operation left the beaches in a cleaner state than before the accident took place,” and has consequently halted the operation.

In response to this announcement, Minister of Mercantile Marine and Island Policy Georgios Voulgarakis called an urgent meeting. In a statement released by the ministry of mercantile marine, it was agreed during the meeting that an official letter would be sent to the captain of the Sea Diamond and Louis Hellenic Cruises.

The letter asserts the aforementioned are, “by law, fully responsible for cleaning the pollution caused by, or as a consequence of, the accident with regard to all aspects of the environment in the region.”

The letter also claims the aforementioned will be held accountable “for any illegal activity, and legal action will be taken against them under existing legislature for the protection of public interest.” The above was also made public to the primary court judiciary of Naxos and Santorini port authority.