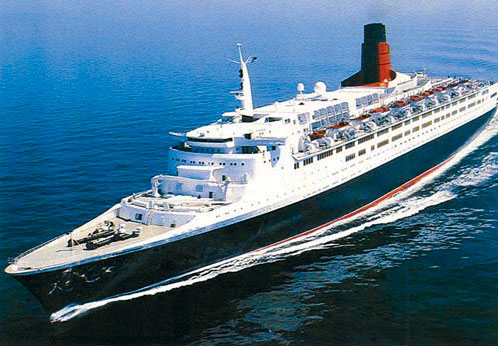 Queen Elizabeth 2 is owned by Cunard Line, one of the world’s most recognized brand names, and a trade name of the Carnival group. The cruise ship was sold last November to Istithmar World Real Estate -the Dubai-based real estate investment company that belongs to the Dubai World group- for 67 million euros, who aim to convert it into a floating five-star hotel on the Palm Jumeirah artificial island.

Queen Elizabeth 2 has been around the world 24 times and transferred some 2 million passengers. The cruise ship ranks as Cunard’s longest serving express liner and according to the company, is the fastest merchant ship in operation as “it can go faster backwards than most cruise ships can go forwards.”