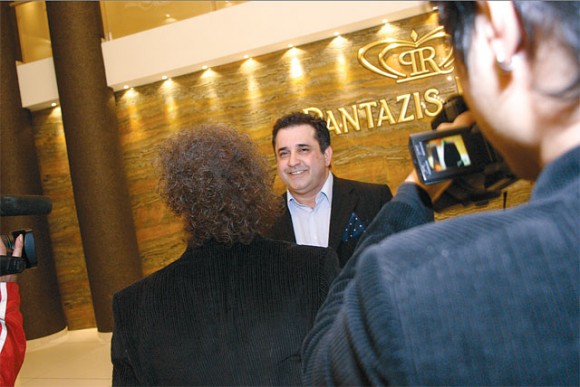 General manager of the Pantazis group, Antonis Pantazis, told journalists “Opening a conference center in Argolis was a lifelong dream.”

This is the first move into conference tourism by the group, that specializes in the field of catering and entertainment, and is also the first conference center in the prefecture of Argolis.

The event was attended by leading members of the conference and tourism sector of Argolis and the periphery.

A press conference was held and Mr. Pantazis explained, “The conference center has been a dream come true for me, and I am happy to be able to contribute to the tourism economy of the region, as well as develop the prospect of Argolis as a conference destination.”

The conference center, that caters for business conferences but also for events, has a maximum capacity of 1,800 delegates. The main hall can be separated into three autonomous halls. The conference center is fully equipped with modern conference and meeting facilities, such as wireless microphones, overhead projectors, audio and DJ equipment and ADSL Internet access. Other facilities include parking space of up to 750 vehicles and commercial elevators.