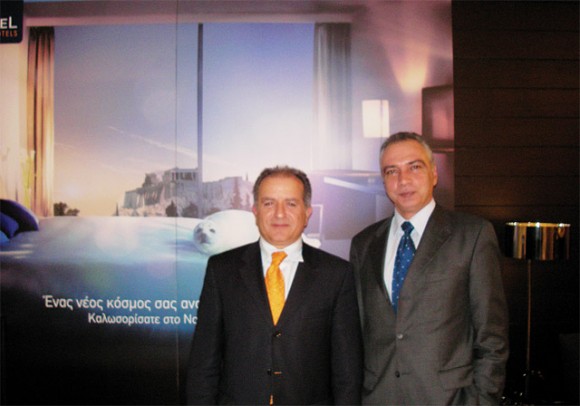 Evripides Tzikas, general manager of Novotel Athenes and George Stavrou, country commercial director for the Accor group in Greece, at the refurbished lobby of the hotel.

Novotel Athenes, a member of the Accor group, completed its full refurbishment in May 2007. The refurbishment process, which began in November 2006, cost some 5.3 million euros, and included 196 rooms, the reception and lobby, two restaurants and roof garden. A total of 1,000 square meters of the hotel communal areas were revamped so as to give the longstanding hotel in Athens a modern, minimal design.

A new gymnasium and facilities such as an Internet corner were added, whilst this month, the hotel car park -that is free and exclusive to Novotel guest- was completed. Novotel also placed great emphasis on its 130-square-meter conference center that can be split into seven separate conference rooms, the largest one with a capacity of some 850 delegates. The conference center is equipped with all the latest technological facilities.

Novotel Athenes aims to cater for tourists and corporate travelers also. Evripides Tzikas, general manager of Novotel Athenes, expressed his satisfaction with the refurbishment, and explained, “Occupancy levels have been high in 2007, reaching 88 percent in peak months, which are May -June and September-October.” He added that due to the attractive location of Novotel Athenes, “the hotel sees high occupancy rates throughout the year, that is, an average of 70 percent, which indicates the strength of the hotel in maintaining business clientele.”

Novotel Athenes launched the completion of its refurbishment with an impressive show/party where actor Christos Ferentinos was guest star and host and presented the hotel’s new image with an entertaining virtual tour. 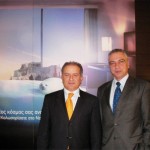 Evripides Tzikas, general manager of Novotel Athenes and George Stavrou, country commercial director for the Accor group in Greece, at the refurbished lobby of the hotel. 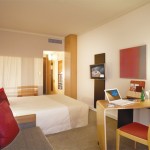 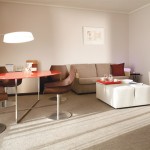 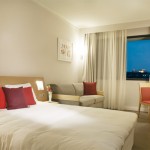 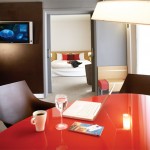