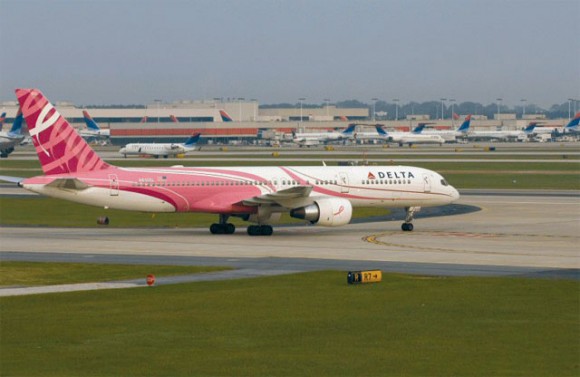 Members of the travel industry in support of breast cancer awareness month (October) took two initiatives recently. Delta Air Line’s employees and customers showed their support and raised money for the cause as did the hotel Grande Bretagne in Athens in cooperation with Estee Lauder cosmetics and the ministry of health and social solidarity.

For its part, Delta Air Lines launched a number of initiatives in order to raise money for the Breast Cancer Research Foundation (BCFR), a non-profit organization dedicated to funding innovative clinical and genetic research to find ways to prevent and cure breast cancer.

Delta’s pink and white Boeing 757 flies throughout the year to continue to create awareness for the cause. The aircraft features BCFR’s trademark pink ribbon logo on the tail of the aircraft and adjacent to the boarding door. Since 2005, when the pink plane first took off, it has raised more than 380 thousand euros through donations of customers and passengers. 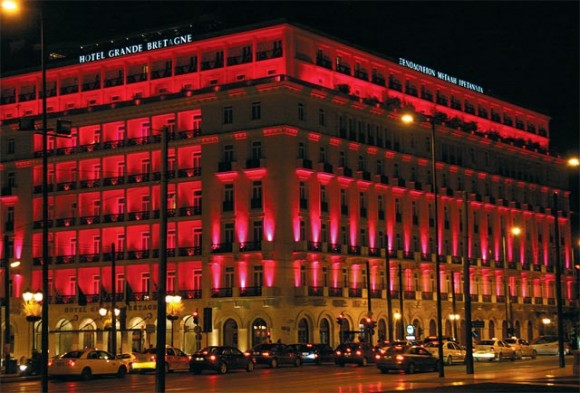 Grande Bretagne Hotel in pink light, as part of the Estee Lauder campaign for breast cancer.

In addition, Delta sold its signature pink product, pink lemonade, on board all Delta flights worldwide, and Delta flight attendants donned pink ties, scarves, decorative pocket squares and t-shirts. Delta employees also had the option to wear jeans along with a signature t-shirt for a 3.5 euro donation each weekend throughout October.

“Knowledge is power” was the slogan of the special event held at the Grande Bretagne. The event was held as part of the Estee Lauder campaign for breast cancer awareness, and the hotel was symbolically lit and photographed in shades of pink to attract attention and remind Greek women that preliminary check-ups save lives thus the cosmetic company’s mission: Early detection-Cure-Prevention.