Porto Katsiki in Lefkada won the most beautiful beach in Greece category and Zagorochoria won the first prize for most traditional settlement. Parnassos received the first prize in the best ski center category. The most favorite foreign destination for Greeks is Italy, followed by Austria, UK, France and Spain. 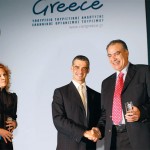 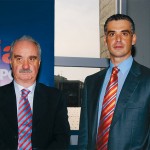 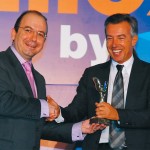 Themis Kartsiotis, Helexpo’s managing director, and Andreas Andreadis, president of the Panhellenic Federation of Hoteliers at the Morpheus awards ceremony that honored the best hotels in Greece through rankings of “Mystery Guests.”