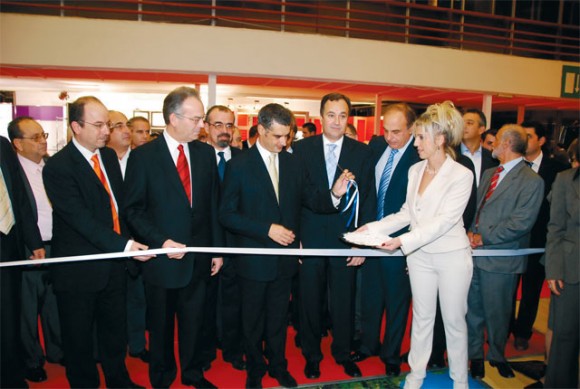 The 23rd Philoxenia opened its gates to buyers and sellers from all around the world last month with little different to present compared with previous years. The most significant business event took place on opening day as some 100 hosted buyers from some 30 countries met with exhibitors.

The official opening ceremony for Filoxenia 2007 began with the arrival of Greek Tourism Development Minister Aris Spiliotopoulos who officially inaugurated the exhibition at a gala held after the closing of the first day of the event.

After an introduction by Helexpo President Aristotelis Thomopoulos, the minister delivered a speech that outlined the significance of Philoxenia as a tourism institution and the ministry’s agenda insofar as developing the north of Greece.He also focused on alternative forms of tourism in the region and throughout Greece.

Mr. Spiliotopoulos expressed his close ties with Thessaloniki from his “first steps in politics,” and continued to say that the north of Greece “must constitute an attractive tourism destination in the Mediterranean.” He added the Tourism Development Company (the manager of state-owned tourism properties) has “a role and a vision to convert Chalkidiki into a modern golf destination.” 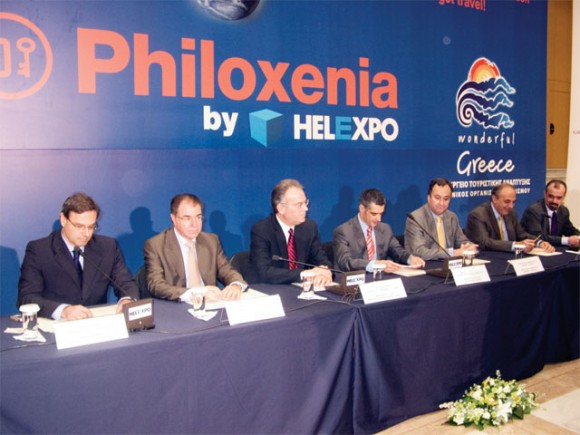 He also mentioned the significance of eco-tourism in the region as the north of Greece has unparalleled natural beauty that must be promoted. He asked for the Tourism Development Company to develop prototype eco-camping, eco marinas, nature walks and observatories along the framework of sustainable tourism development.

Mr. Spiliotopoulos also outlined the principles and policies of the tourism development ministry.

“Quality is the most important factor in tourism policy, and through the upgrade in quality of services provided, in public and private infrastructure, communication, Greece will gain a comparative financial advantage in the years to come.” He added: “We must plan our agenda within the frame of the next twenty years.”

The minister also stressed that an environmental dimension “is the new aesthetic and ethical face of the tourism development ministry.” He said “Investment and entrepreneurship are the second most important factors in our strategy as we seek diversification of the tourism product and appropriate management of the natural surroundings, the training of the work force, and most significantly, the promotion of Greece through digital medium, new technology and multimedia.”

Mr. Spiliotopoulos also outlined the necessity for exposure to new markets, such as China, India, South Africa, as well as the need to restructure the already existing network of GNTO offices abroad. 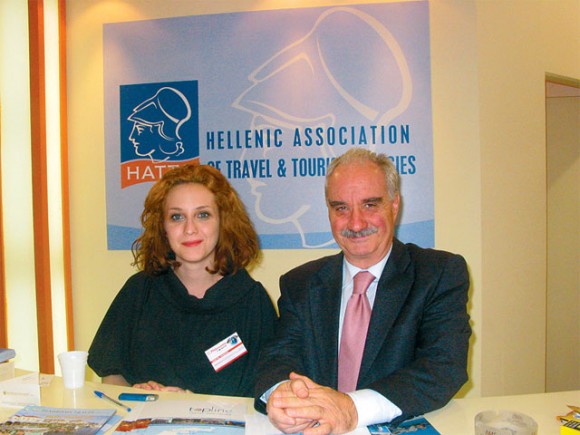 Ismini Papadopoulou, private secretary and Yiannis Evangelou, president of HATTA, who expressed his satisfaction for the events organized by the association at Philoxenia and the awards held to honor travel agency brochures.

“We aim to attract tourism from the Balkans, Poland and Russia, to Northern Greece, which has seen an increasing trend in the past two years and with the onset of new entry procedures we will facilitate a further increase in coming years.”

He concluded by asserting the need for new tourism models, those that promote “our contemporary cultural production, that is, the organization of worldwide sports events such as the creation of Formula 1, Greek cinema, gastronomy, fashion and wine.”

Philoxenia Tourism Awards followed the tourism development minister’s speech and closed the official opening event. Helexpo, the organizer of the awards, said that travelers who participated in the vote through Philoxenia’s website were the judges of the awards. The majority of those who participated in the vote, some 59 percent, lived in the north of Greece, some 37 percent of those who voted were from the south of Greece, four percent from insular Greece and one percent from residents who live abroad. 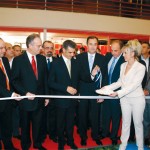 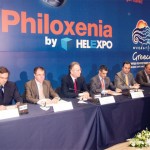 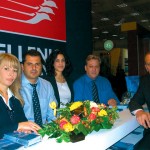 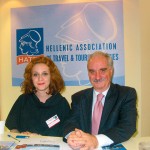 Ismini Papadopoulou, private secretary and Yiannis Evangelou, president of HATTA, who expressed his satisfaction for the events organized by the association at Philoxenia and the awards held to honor travel agency brochures. 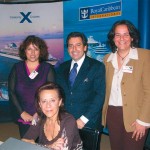 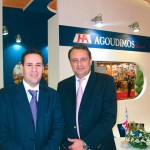 Agoudimos Lines’ George Karametos, member of the booking department with sales and marketing manager, George Roumeliotis, at the company stand. 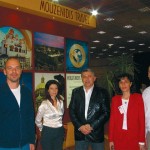 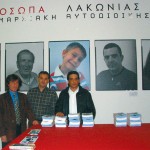 Dimitris Stathopoulos, general secretary of the Laconia Hotel Association; Christoforos Mourkakos of Hotel Belle Helene; and Kostas Gerakoulakos of Porto Vitillo Hotel in Mani at the stand of the Laconia prefecture. 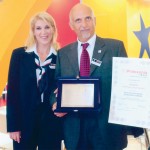 Maria Paissidou and Ilias Kouznetsof at the Blue Star-Superfast ferries communal stand that won the Philoxenia award for best joint venture participation with regards to aesthetic appeal, functionality and organization. 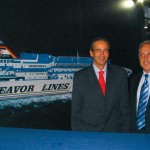 Takis Vrionis, central agent for Endeavour Lines in Patras, with Ioannis Manessis, Endeavour's manager, discussed the new face of Endeavour Lines and the positive response to the stand during the exhibition. 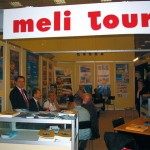 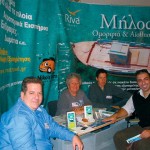 The island of Milos was also represented by Riva Travel’s owner, Nikos Chronis (left), and family.