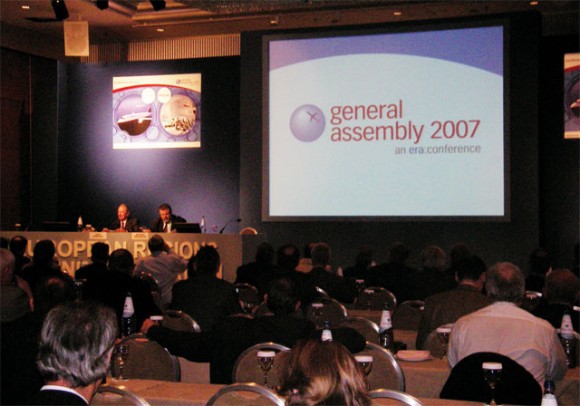 Environmental awareness and initiatives in aviation was the predominant theme during this year’s European Regions Airline Association general assembly held recently in Athens.

During the conference, which included an exhibition from aviation specialists and presentations on new technology in the field, there were four general assembly sessions.

In the first general assembly session, Antonis Simigdalas, president of ERA, and co-founder and chief operating officer of Aegean Airlines, and Mike Ambrose, director general of ERA, presented the directorate report for 2007. 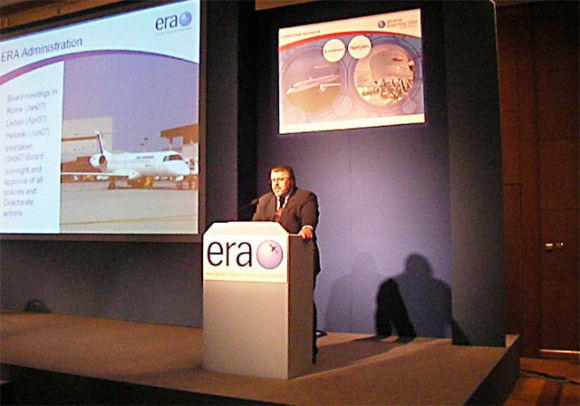 Mr. Simigdalas opened the session and emphasized the consequences of the aviation industry being labeled by the media and public as the “primary driver of climate change.” He stressed that environmentalist and lobbyists are creating a negative image for the industry and encourage travelers to use other travel modes such as trains.

He commented on aviation groups threatening Heathrow airport recently and concluded that “Aviation is partly, not entirely, responsible for climate change and recent research done by the aviation industry should and will be used to educate the media and public on the effects of the industry on the environment and the means to counter this problem.”

The president of ERA also commented on increased disruption and congestion in European airports as tightened anti-terrorist measures are inconsistent and result in long queues and unprecedented delays.

Insofar as infrastructure is concerned, he stressed the significance of the Single European Sky and the need for the SESAR project to work effectively. He concluded by welcoming Aeroflot Nord as the first Russian member of ERA, which it joined in May 2007.

Mike Ambrose was then asked to take the stand and provide a more detailed report on the European aviation industry this year. Again, much emphasis was on the environment as Mr. Ambrose discussed the increased environmental pressure and ineffective European Union decision-making in this respect.

He added, “European air transport can claim 0.6 billion tones of carbon emissions annually, however, this is small in comparison with merchant shipping, which is responsible for 1.5 billion tones.” 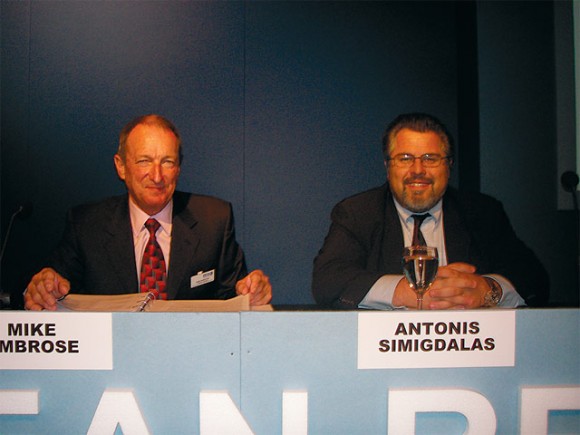 Mr. Ambrose asserted that, with regards to the environment, European Union decision making continues to be flawed and that the industry itself should be granted a bigger role in the decision-making process. European States, he explained, “have committed to delivering a Single European Sky, yet they fail to implement it effectively, therefore better regulations and principles are required.”

The environment was also a key topic of discussion during the second general assembly session. During the debate, Daniel Calleja-Crespo, director of air transport, directorate-general energy and transport for the European commission, explained, “Aviation represents less than two percent of global carbon emissions but must still contribute to emissions reduction and work actively in this direction.”

Mr. Calleja-Crespo explained that extended research and the ‘clean skies’ initiative must be consistent and persistent,” and added, “Emissions trading schemes are better than taxes and allow aviation to grow.” He emphasized the significance of aviation being treated as any other industry and not penalized or targeted.

The third general assembly session was dedicated specifically to the environment. Guest speakers discussed the progress aviation has made with regards to climate change and the difficulties in convincing the public, politicians and the media of the effectiveness in these methods. The onus of the debate was on aviation’s biggest challenge being the difficulty in convincing the world that it is geared towards environmental efficiency, and how to change the popular perception of the industry.

Mr. Dunne discussed the prospect of friendly aviation and how the industry can win the PR battle. He began by describing the sensationalism surrounding the aviation industry and how “The dreadful vision of the future is blamed on aviation as it is considered a massive contributor to global warming.” 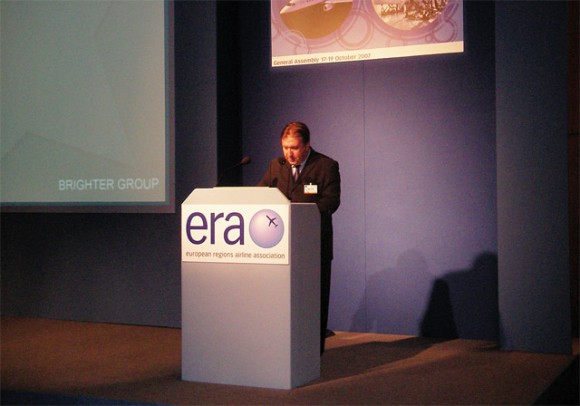 He stressed, “Perception is reality, and professional forces against airlines are promoting the aforementioned perception.” In order to counter this, he explained the industry must take emotion out of the equation and be seen as holding back carbon emissions.

The managing director explained there are three principles that all airlines must adhere to: be united, be consistent, and be persistent. He provided Virgin Atlantic as a pioneer in this field with its grabbing headlines on investment in environmentally friendly schemes.

He asserted, “Strong industry coalitions must be created and they must campaign together.” Mr. Dunne explained that a united front would give aviation a voice, and defend its corner. In order to do this, media friendly representatives must be employed that would “properly brief the media and communicate to our markets.” He insisted that airlines “must stop scoring points off each other and the launch of carbon offsetting schemes must be universal.” He explained that the aviation industry would look more credible if the public were told what to look for and how to find it.