Chinese magazine “You Are What You Eat” recently published a six-page article on Greek food and beverages, with emphasis on Greek olive oil, in its September issue. The article followed a road trip of the magazine’s journalist around Greece where he visited Athens, Peloponissos and Crete. 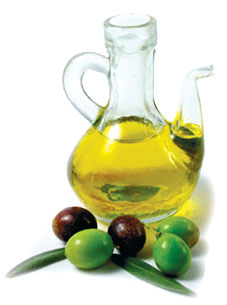 The article provides a brief outline of Greece as a country and focuses specifically on the production of olive oil in the aforementioned regions and the healing qualities of olive oil in a daily diet.

The concept arose with close cooperation from the Beijing press office and the regional Greek National Tourism Organization office. According to the magazine, Greece is not only a “tourist’s paradise” but also “the land of olive oil.” The magazine also encourages its readers to visit Greece in September and October, which is olive harvesting season.

In Athens, the journalist recounts the story of the god Poseidon and the goddess Athena who fought over the favor of the citizens of the city. With Athena’s victory, she planted an olive seed on the Acropolis.

In Crete, “the island that floats on olive oil,” the editor claims a traveler can find the most pure extra virgin olive oil, and he believes the average longlife span of its citizens is attributed to this fact.

In Peloponissos, the second largest olive producing region of Greece, the magazine also refers readers to a visit of Ancient Olympia, the birthplace of the Olympics.