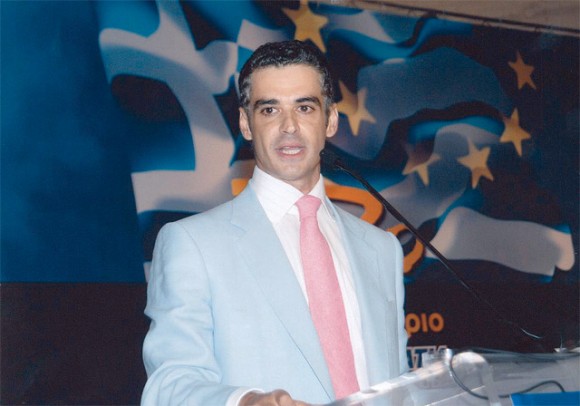 New Tourism Development Minister Aris Spiliotopoulos recieves jurisdiction of the ministry and outlines his vision on the future of tourism in Greece.

The September election result brought New Democracy to power for a second term running, and was followed by changes in the structure of ministries as well as the allocation of new ministers in several positions.

As part of the reformation, Aris Spiliotopoulos became the new tourism minister. Upon being granted this responsibility, he claimed, “it is an honor that the prime minister has given me jurisdiction of the tourism ministry because it is one of major significance to Greece’s productivity and is truly a unique source of revenue for our country.”

He added that the ministry is also important for “the image it presents of Greece worldwide,” and promised he would do everything in his power to “do this position justice.”

Mr. Spiliotopoulos was elected member of parliament, for New Democracy, in the 2000 general election. He has, since then, been a member of the Standing Committee on Public Administration, Public Order and Justice. He has also been a prime speaker on a number of tourism related seminars and has a firm grasp of the problems that face the tourism sector and industry.

When handing over the ministry to her successor, former tourism development minister Fani-Palli Petralia said: “Although it is the fourth time that I hand over a ministry, I must confess this is a unique moment, firstly because I hand over a ministry whose development I was personally involved in, and secondly because I am giving it to an esteemed colleague with much experience and knowledge in the sector.”

Ms. Petralia expressed, “we are handing over to you today a strong tourism, one that in 2004 had 12 million arrivals and now has some 17 million, one that has offered over one billion euros monthly to the national economy and one that in the past two years has more than doubled in investment, both domestic and international, having opened new markets and increased potential.”

In response to this the new minister said that his ambitions for the ministry are to create a new successful, modern and attractive model of tourism development. He explained that the scope of tourism development is to continue its increasing trend, so that the years to come would “bring more visitors, more and better quality services, more revenue from tourism and of course the establishment of Greece as an all-year-round-tourism destination.”

Mr. Spiliotopoulos also explained he would invest in cooperation with the tourism industry, with specialists as well as employees from all levels and distinctions in the sector, and that this requires “acceleration, low tones, understanding and above all, compromise.”