With refurbishment at Amalia hotel now completed and refurbishment of Amalia hotels around Greece well under way, the group looks to the future. It considers its role and strategy in the tourism sector through the eyes of an organization that has been in the industry since the dawn of tourism in Greece, hailed by many in the sector as a “pioneer” long before its first hotel opened in Amalia Avenue in 1958.

Its new strategy began in November 2005 when the hotel Amalia closed for complete renovation, and opened its doors again in May 2007. The total cost of the investment was some seven million euros.

“In the twenties, travel to Greece was accessible only to the wealthy upper classes, and it was not until the fifties that different needs in the tourism sector arose,” said Constantine Coulouvatos, managing director of Amalia Hotel and Tourism Enterprises. 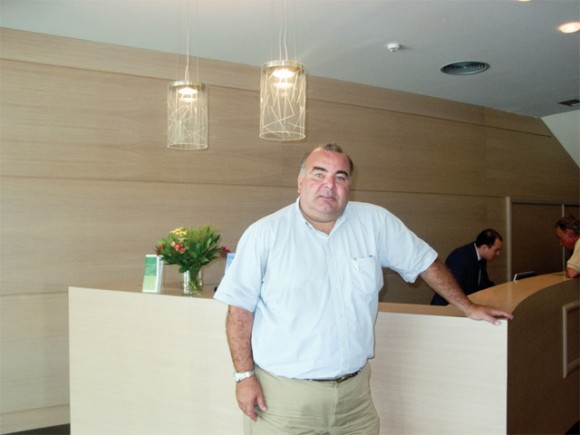 Mr. Coulouvatos is a direct descendant of the family that launched Hermes en Grece, a travel agency opened in 1926 that catered to incoming tourism and ticket issuance.

It is within this context that Mr. Coulouvatos described the development of the group. He explained how the increasing need for archeological tours was the driving force behind the launch of Chat Tours in 1953, which ultimately led to the creation of hotels on location.

After the first hotel opened in Athens in 1958, next came Amalia Hotel at Delphi in 1965, then Ancient Olympia in 1979, Amalia Hotel Nauplia (Nafplio) in 1983 and Kalambaka and Margarona Hotel in Preveza in 1991.

The group has two tour operations and six hotels in total. The company is vertically integrated and all sectors work with third parties, so “collaboration is not mutually exclusive,” according to Mr. Coulouvatos. There is a common ownership but they operate as different entities. The group also has wholly owned operations in the United States, Canada and Australia.

Mr. Coulouvatos explained the groups’ long-term plan is twofold: First and foremost, hotel refurbishment, along with a change in direction insofar as its tourism strategy is concerned.

According to Mr. Coulouvatos, refurbishments will be completed in mid-2008 and the next step will be the acquisition and building of new hotels as resorts rather than tour-oriented hotels. The obvious candidate for this is the island of Paros where the group already owns a plot of land and anticipates building a resort. Action will be taken once the new zoning plan comes into effect.

With reference to the newly refurbished Amalia hotel in Athens, the managing director of the group explained that although it was expected the hotel in Athens would not immediately reap the fruits of its labor, “since our reopening in May the outcome was even less than expected, particularly in July and August.” 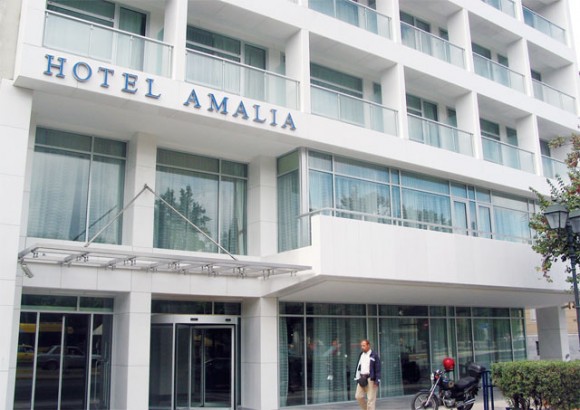 The hotel still firmly holds its business clientele, Mr. Coulouvatos claims “it doesn’t matter if we are pleased with the refurbishment or not, it is our clients that are the judges, and so far their response has been enthusiastic.”

Mr. Coulouvatos, however, is apprehensive about the trends in tourism in 2007. He claims that overall, 2006, from his perspective, was a better year for the tourism industry. He believes that overall, there has been a negative shift in the tourism sector. He explained that the group has not seen its share of “the 17 million tourists that visited Greece this year,” and believes the increased number of visitors to antiquity sites “came from the cruise sector.”

He also outlined that incoming tourism has shifted from the established markets such as Germany and the UK to Eastern Europe, and the result of this has been an increase in numbers but consequently “a decrease in up-market tourism.”

When asked about the shift in focus of the group, Mr. Coulouvatos emphasized the need “to establish the hotel group as an event location since the antiquity tour market has been exhausted.” He explained that special emphasis has been placed on hosting events, since the Kalambaka hotel has a conference center that can hold up to 500 people and the hotels in Nafplio at least 300 each. When asked what distinguishes the groups’ hotels to host such events, Mr. Coulouvatos exclaimed, “location, location, location.”