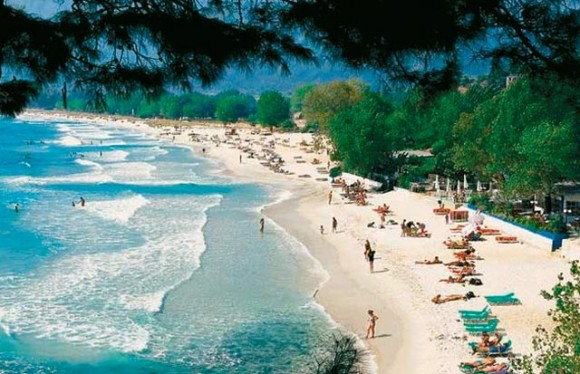 An array of beautiful beaches and 380,000 hectares of forest give Thassos Island much potential for foreign investment.

With reference to this Mr. Meresis said: “We are open to new investment in tourism with the prerequisite that everything is done with the utmost respect to the unique natural environment of Thassos.” He explained that 380,000 hectares of forest that exist on the island in addition to an array of beaches and easy access to the island from the ports of Kavala and Keramoti give Thassos an added advantage. There is already much interest in the development of tourism property on the island.

Mr. Meresis also added that there exist “5,000 rooms in hotels that are above three-star,” however he claims the main attraction to the island “are the five camp sites.” He added that tourism “is the main source of income for the majority of the island residents of which some 80 percent are involved either directly or indirectly in the tourism industry.” The mayor of Thassos also disclosed future plans that include printing new information manuals for tourists and inviting members of the press to see the island. He asserts that Thassos has begun efforts to promote winter tourism through the creation of traditional mountain chalets and in cooperation with the program Leader Plus.

Leader Plus is a European Union initiative designed to improve the quality of life of the population of rural areas and to attract young people into the rural economy.

The program is co-financed by the European Agricultural Guidance and Guarantee Fund and the Public Investment Programme of the Ministry of Rural Development and Food.