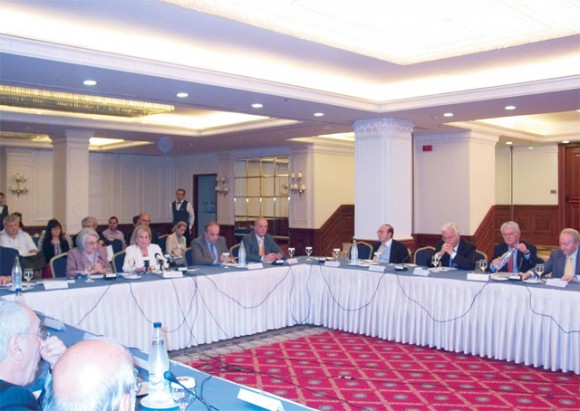 Tourism Development Minister Fanni-Palli Petralia and the local tourism Industry agreed at the recent National Tourism Council meeting -the first for the newly approved council members- that this year we would see another rise in tourism traffic and revenue. The minister reiterated that Greece expects to receive more tourists than ever before in 2007 and said that inflows of foreign exchange from tourism grew in May.

On the occasion of International Environment Day, Ms Petralia asked hoteliers to show sensitivity regarding its protection. She said: “Pollution kills tourism” and announced the establishment of a new award for hotels that use energy forms and do not pollute the environment. The minister mentioned the prospect that environmentally sensitive hotels enjoy financial privileges.

During the meeting there was a display of the complete program of promotion for Greek tourism on the Yahoo network. The online campaign was demonstrated and the interactive features explained. Through the online campaign Greece expects to achieve promotional coverage in 18 countries around the world. The campaign began in April 2007 and will continue until April 2008.

During the meeting the response to the online campaign was very positive as according to Ms Petralia, “it is the first of its kind worldwide and covers four different types of tourism: specialized tourism, summer breaks, city breaks and eco/rural tourism.”

There was also an outline of the progress of the portal for the National Tourism Organization as well as the progress on the implementation of a satellite account method for tourism data, both of which are expected to run in the near future.

Ms Petralia asserted the significance of the National Tourism Council, which she insists plays a crucial role in the development of tourism. She explained that the council “has contributed greatly with its recommendations to accelerate the development of the tourism sector and the modernization of the industry.”

Earlier last month Ms Petralia ordered for the continued inspection of hotels with particular emphasis on hygiene, security and fire precautionary measures. During the month of May, 282 inspections took place in hotel units throughout Greece, of these 22 were penalized and 121 were given warnings to improve.

In June, 97 hotel units had their license revoked. However, 51 hotels were given back their permit that had been revoked for not abiding to fire safety regulations. There is evidence of progress as inspections in hotel units in eight out of 13 peripheries of Greece have shown a willingness to cooperate and meet the standards set. Ms Petralia stressed that thorough inspections will continue as planned throughout the summer period.

Opportunity For Greece to Enhance Image