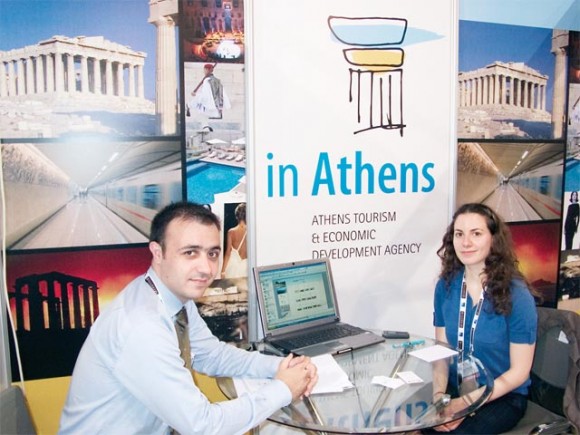 Manolis Psarros, manager of the tourism development In Athens and Danae Kefaloyiannis, representative of the In Athens team.

The City of Athens last month hosted the three-day City Break Exhibition, which proved a great success for buyers and suppliers that participated. With the European city break market said to be worth some 222 billion euros in 2006, specialists anticipate Athens will greatly benefit from this, the only travel exhibition dedicated to short breaks and urban tourism.

At the opening ceremony hosted at the Faliro Sports Pavilion (Tae Kwon Do), Tourism Development Minister Fanni-Palli Petralia said: “City breaks or tourism to cities is a new form of tourism that is developing rapidly around the world and at the tourism development ministry we are pushing for this new form of tourism for all the cities in Greece. I consider it a great success that Athens is hosting this event. Athens is an ideal location to host such events.”

With reference to the potential of the Faliro Sports Pavilion Ms Petralia said that “it will be transformed in to a modern convention center that will, according to evaluations, increase overnights in Athens hotels an average of 280,000 annually and will contribute with a revenue of approximately 85 million euros annually.”

The event was organized by Reed Travel Exhibitions, European Cities Marketing and the Athens Tourism and Economic Development Agency. At the exhibition there were over 200 Greek and foreign tour operators from 85 European cities, which specialize in the market of city breaks.

The response of several of the exhibitors was overall positive. The event was well organized with most booths holding on average 15 to 20 meetings a day.

The objective of the exhibition was strictly professional, its target being the promotion of business deals and strategic agreements. The general consensus amongst domestic participants was that such events should be more frequent as the meetings proved fruitful and optimistic for future collaboration.

Reed Travel Exhibitions announced that Belgrade has been appointed as the host destination for City Break 2008. According to the organizers, “the move to Belgrade reflects diversification within the city break market from more traditional European centers to destinations on the Baltic and Adriatic seas along with less prolific destinations in central Europe.” Many of the participants in this year’s exhibition said they are keen to participate in City Break 2008.

The 3-day exhibition was followed by the European Cities Marketing annual conference and general assembly. The conference included various keynote speakers from the tourism sector. 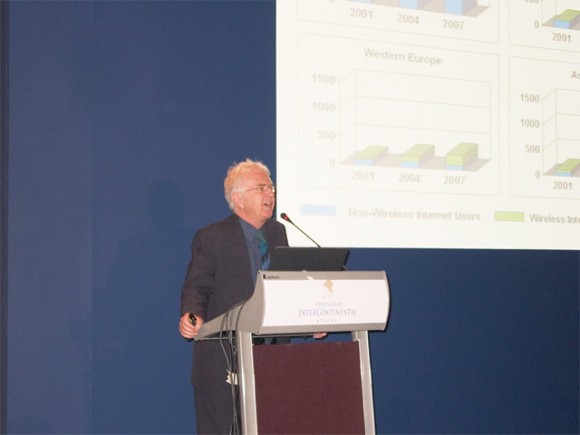 Roger Carter, managing director of TEAM Tourism Consulting, talked about a global perspective in a rapidly changing scene where he focused on the development and evolution of destination management systems. He discussed the effect of the advent of the Internet and current developments in its constantly changing use.

Mr. Carter illustrated that Asia is the future of Internet users. Currently, America leads the way with 65,4 percent online bookings. Europe comes second with 34,5 percent and Asia only a few years behind at 15,9 percent. Russia and Brazil are also upcoming Internet markets.

He emphasized the significance in the changing trends on the Internet that must be incorporated into destination management systems. These trends, such as social networking sites, blogging and picture exchange sites are at their peak and attract a new generation of travelers and therefore potential clients.

Mr. Carter said tour operators must “swim with the current, take advantage of the latest technologies and acquire real expertise.”

He discussed the prospect of cooperation with specialist online providers for news, weather, and exchange rates for example. He also suggested e-distribution during a visit where travelers would be given information or virtual tours through a personal digital assistance unit or a mobile phone.

He concluded that for a holistic approach to destination management systems, it is necessary to include and “work closely with national tour organizations within the destination and outside it.”

Claes Bjerkne, CEO of Goteborg & Co (a private-public sector organizational team created to promote the city) who has over two decades of experience in city tourism promotion discussed a destination management organization’s perspective. He said that any city destination must first have a vision of what it wants to be to locals and visitors.

Once achieved, the primary goal is to cement private-public partnerships and set short and long term goals. Two of the most important bases required to achieve aims would include the strong support of the city’s citizens and ease of accessibility, he said, particularly with regard to frequent direct flights from every potential market.

Alexandros Tsiatsiamis, CEO of City of Athens Development Agency, represented the Greek perspective and talked about the utilization of the Olympic legacy as a contribution to city tourism. He discussed how “Athens was an ageing city in need of an uplifting” and how the Olympics were “an impulse to trigger a self sustaining development process.” 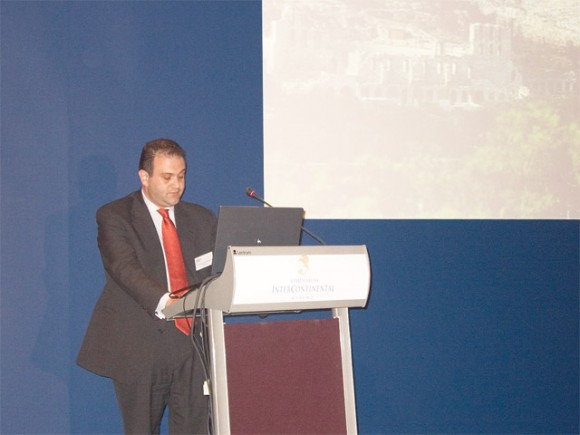 Alexandros Tsiatsiamis, CEO of City of Athens Development Agency, speaking about the utilization of the Olympic legacy as a contribution to city tourism.

With reference to the continued development of Athens after the Olympics, Christos Hadjiemmanuil, president and CEO of Hellenic Olympic Properties SA, discussed the conversion of the Faliron Pavilion into a conference center to match the needs of Athens as a conference destination.

Mr. Hadjiemmanuil said “Athens has been a failure as a city break destination because it lacks a dedicated conference facility of a high standard,” and added “millions go through Athens airport every year but overnights in Athens are still very low.”

He illustrated how Athens is densely built and therefore it is difficult to find an open space hence the decision to convert the Faliron Pavilion. He also demonstrated the accessibility of the center and outlined the facilities that will be provided. Mr. Hadjiemmanuil explained that the conference center will have 3,800-7,000 seats and asserted that Athens does not currently anticipate the potential for “mega conferences” of up to 15,000 seats.

He then refuted the criticism that the project is facing severe delays and claimed that the final tender for the convention center will be signed this month. He concluded that the launch of the project is anticipated to generate “brand new streaks of economic activity through a 25-year contract of cooperation and provision.” 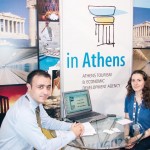 Manolis Psarros, manager of the tourism development In Athens and Danae Kefaloyiannis, representative of the In Athens team. 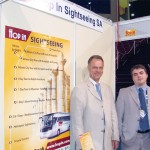 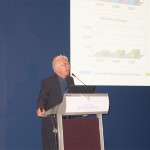 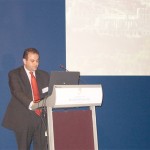 Alexandros Tsiatsiamis, CEO of City of Athens Development Agency, speaking about the utilization of the Olympic legacy as a contribution to city tourism. 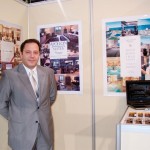 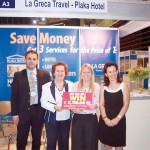