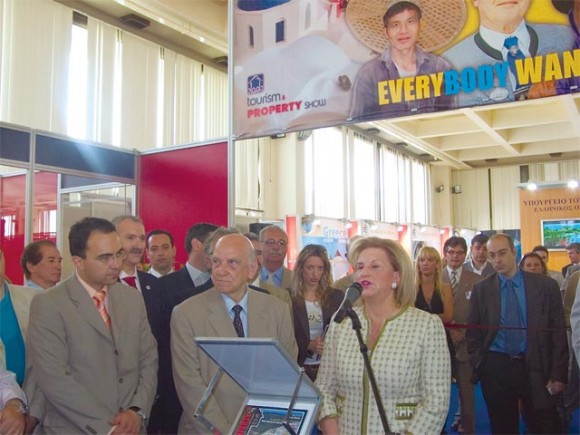 In her opening speech Mrs Petralia referred to the new laws concerning therapeutic tourism and the upcoming tourism zoning plan, which is expected to make it easier for companies to create tourism homes. These homes would be sold to tourists who are interested in having a long-term relationship with Greece.

Mrs Petralia claimed the new legislation would provide the necessary incentive to businesses so as to invest in the development of property in accordance with this new type of tourism. She also said that “Greece will not repeat the mistakes made by other countries in their development of tourism accommodation and instead retain the utmost respect for the protection of the environment.”

According to Afroditi Kalomari, communications manager of Real Travel, the exhibition was a great success. There were 117 exhibitors in total with 12 foreign stands and 4,500 people attended, despite bad weather. Both the organizers and the exhibitors were satisfied with the outcome. The show was attended by representatives from all sectors of tourism and development and there was immediate interest in the properties exhibited.

There were, according to Mrs Kalomari, “a large amount of on-the-spot sales and investment agreements,” therefore, she said, the show achieved its goal, which was to introduce investors to the potential of the Greek tourism property market. 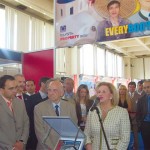 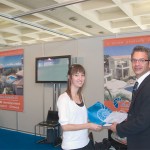 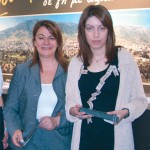 Deputy Mayor of Keratea, Sofia Papagianni, and Maria Koutsounaki of Koutsounaki & Petroliagi Properties promote Keratea as the “Land of value.”