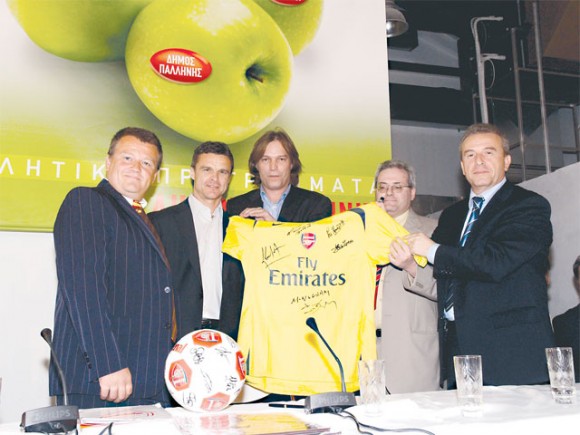 Monogram Events, a subsidiary of Monogram and one of the biggest of the Greek tourism enterprises, has signed an agreement with Arsenal to become the official sponsor of Arsenal Soccer Schools in Greece. The first functional body of the soccer school will be in the district of Palini.

Dimitris Spyropoulos, the president of Monogram events, said that this is “a new step for us and we are very happy with our decision. We believe sport is a key aspect of our culture and we want to lay the foundations for young children in Greece.”

Paul Shipwright, the spokesperson for Arsenal, spoke about the 13 football academies in the U.K. and the 14 worldwide. Greece is now the fifteenth country to belong to this initiative whose aim, as Mr. Shipwright said, was to “discover football talent in every corner of this planet,” and he believes there is no reason why Greece cannot produce the next Tierry Henry.