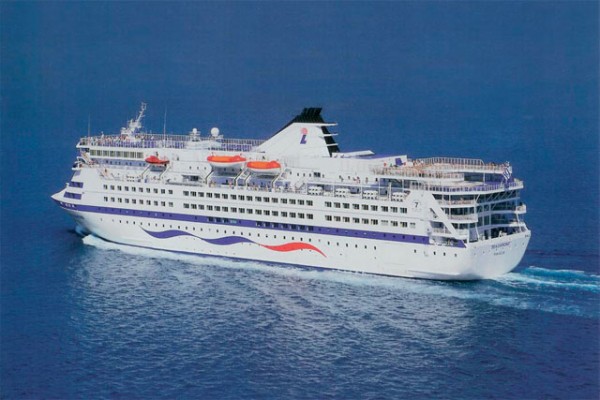 Tourism Development Minister Fanni Palli-Petralia praised the efforts of locals, crew members and government agencies on the evacuation of but two of the 1,156 cruise passengers aboard the Sea Diamond that sank off Santorini last month.

“Greece of the mediocre no longer exists. Everyone should realize this. As the responsible minister for tourism development, I assure all that I am very strict concerning any energy or action that places our country’s reputation in danger, particularly after all the efforts made over the past years to build (our good tourism reputation).”

She added that the tragedy -a 45-year-old man and his 16-year-old daughter are missing- was an ill-fated accident but would not harm the country’s reputation, and that she did not foresee any cancellations due to the misfortune.

At a later date, Ms Fanni Palli-Petralia told local officials on the island that the ministry would allocate 100,000 euros toward the island’s promotion, and the Greek National Tourism Organization would cover all expenses for Santorini’s participation in tourism shows.

She also said that she would send personal letters to all accident survivors, inviting them to spend free holidays in Greece.

Yiannis Evangelou, president of the Hellenic Association of Tourism and Travel Agents, said there was no indication that tourists had canceled trips to Greece in the wake of the accident. He said that some 10,000 tourists on cruises visited Santorini in the week following the accident.

The operator of the Greek cruise ship that sank off the Aegean island of Santorini, Louis Hellenic Cruises, said human error was to blame. Investigations continue in an effort to find the party or parties responsible for the accident.

The Sea Diamond, Louis Hellenic Cruises’ star vessel, was trying to dock at Santorini’s port when it struck a volcanic reef, which ripped a huge opening in its hull, and it sank 15 hours later.

“The incident was a result of human error – but so are 75 percent of all accidents at sea,” said George Koubenis, a representative of Cypriot-based Louis Cruise Lines.

The captain and five other members of the crew have been charged with negligence.

Meanwhile Greek maritime officials are trying to contain the tons of oil within the ship, according to local officials. For the moment, although some oil continues to leak from the vessel, the situation is being contained.

According to press reports, the merchant marine ministry has approved a plan to pump out the ship’s 430 tons of diesel in an operation that will take more than two months to complete.

In the meantime, they say the sinking of the cruise ship has not harmed the sea environment, but the diesel represents a massive risk to the popular island.

The Greek-flagged Sea Diamond, which was fully insured, is lying on its starboard side at a depth of about 97 meters (320 feet) in a sea-filled crater created by a volcanic eruption 3,200 years ago, maritime experts said.

The vessel was purchased from Birka Cruises of Finland for $35 million. The Sea Diamond was built in 1986 and underwent extensive refurbishment in 1999 at a cost of $26 million.

Jean-Claude Baumgarden President of WTTC, on his trip to Greece last month, said that “before my arrival here I was in contact with WTTC members and the truth is that there is no willing for canceling any trip to Greece.

“We consider that this is a crisis. A unfortunate incident but a crisis that was handled with great success.”