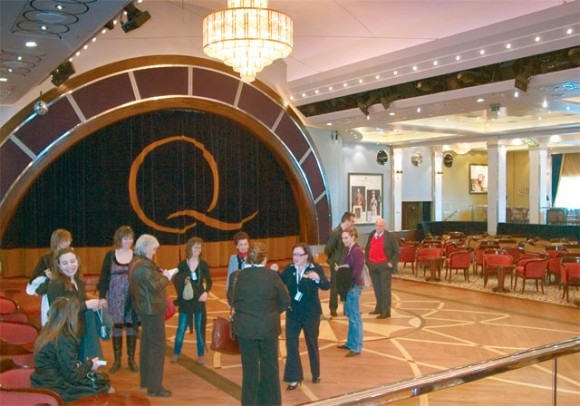 Local journalists get an idea of the expansiveness the luxury aboard the QE 2 during a familiarization tour of the ship after an invitation from Cruiseplan, a Eurostar subsidiary, which is the representative in Greece for QE 2’s owner, Cunard.

Queen Mary 2, considered the most magnificent ocean liner ever built, docked in Piraeus last month, which is one of the 18 ports of call on its maiden ‘Round the World in Less than 80 Days’ cruise.

This is the ultra cruise ship’s first time here since its inaugural voyage, which included weeks in Piraeus to host Athens 2004 guests.

The cruise ship, with its expansive corridors, luxurious decor and superb on-board service reminds one of the Golden Age of Ocean Travel where guests are provided with one of the most modern travel experiences on earth.

From bow to stern, guests need a good 16-night cruise (the minimum) just to fully discover 13 spacious decks on which to relax and unwind; and to indulge in pleasures and pursuits you never normally have time for – the health club alone covers 20,000 square feet. Or, for the more conservative, its library, the biggest at sea, hosts some 8,000 books in one of the most palatial library rooms ever seen on the seven seas. 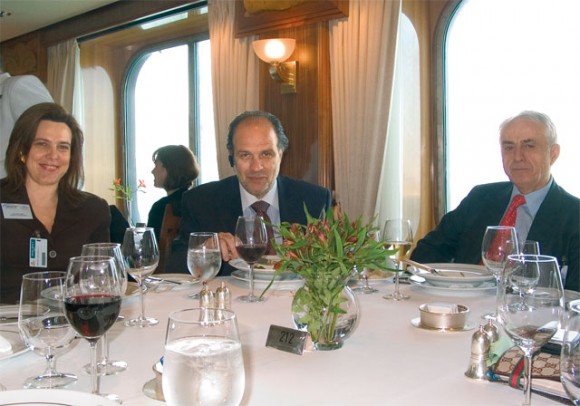 Opulent public areas, extravagant dining rooms, ballrooms, theaters, lounges -even the only Planetarium at sea- and five swimming pools are just a few of the ten’s of public areas on board the Queen Mary 2.

A bit shorter than the Empire State Building is tall -or as long as 41 double-decker London buses- the Queen Mary 2 hosts 2,592 guests and carries a crew of 1,253 crew members. The vessel was completed in 2004 at a cost of $800 million.

Travel Plan’s general manager, Theodoros Bithas, during a press tour and dinner aboard the Queen Mary 2, said that Cruiseplan (a subsidiary of the Lambrakis group’s Eurostar/Travel Plan) “has the experience in the cruise sector to provide every kind of cruise imaginable to the Greek consumer.”

Faliro Marina Up for Grabs