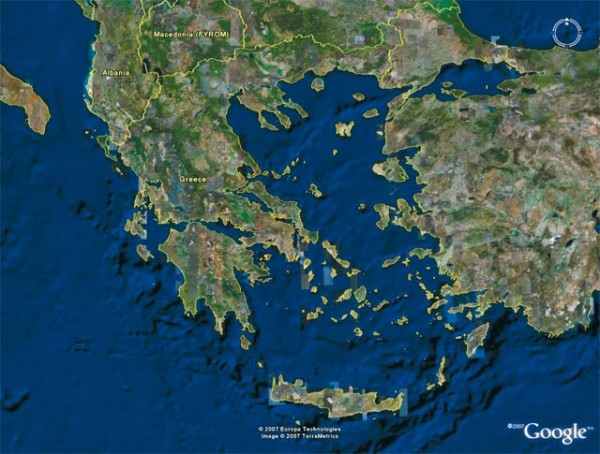 The final touches to the first national land-planning map, and to the special land-planning framework for tourism, industry and recyclable energy sources, are being enacted by Greece’s minister of the environment, planning and public works, Giorgos Souflias.

His aim is to have the plan approved by parliament before the summer. Press reports call the plan a complex and ambitious undertaking that has been on the drawing boards for the past 30 years, a delay that has cost the Greek economy and the country’s development dearly.

The delay, say the same reports, has caused the loss of substantial investment projects by the private sector, a further destruction of the environment and anarchy land layouts, as well as the problem that no one even today knows if he can build in a legal way.

The national land-planning map has been a priority for the public works ministry as the map and the resulting modernization of the main roads within the Attica-Athens region, as well as the regional roads that connect to the region, will consist of the projects under which the minister will be remembered.

A year ago, the minister called for bids on special studies for the formation of a national land-planning map and three specialized ones that foresee the creation of special zones for the development of new investments.

According to press reports, those studies are near complete and in the fine tuning stage with the aim of being ready for legislation by May of this year, and most likely will be published this spring. Of the near-completed changes to the map are the terms and rules that concern tourism investment projects.

As examples of past sins, the investment projects by the Minoan group in the UK at Toplou Monastery and Sidero Cavo on Crete, with a budget of 1.2 billion euros (7,000 beds), required six years to get environmental terms from government. And the first steps to get approval for the POTA (Complete Tourism Development Region) project at Messinia, with a budget of around 600 million euros (3,000 beds), began more than a decade ago.

Now, however, a special land-planning map is foreseen for the tourism sector. The basic idea is to create a map that would help to promote new forms of tourism (mainly conference and spa tourism), ski slope centers, golf courses, etc.

Special emphasis will be given to the arrangement of composite tourism installations, for example, investment projects that include summer homes and POTA-type projects.

Within this framework, a very special emphasis will be placed on protecting the natural environment, our cultural heritage and archaeological sites but with strictly established measures for their protection (for example, the distance from such sites and special architecture that defines the site, and so on).

It must also be taken for granted that the special land-planning map for tourism does not allow for additional tourism development within areas that are already fully developed with tourism installations.