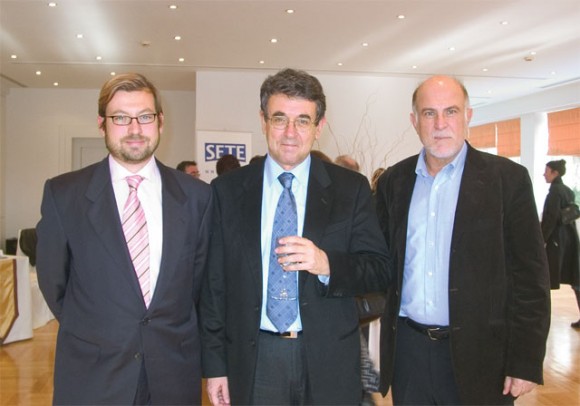 Stavros Andreadis, president of the Association of Greek Tourism Enterprises, last month called for the formation of a single lobbying agency for Greek employers. One, he said, that would represent businesses in proportion to their contribution to the national economy.

“Only with such an agency can the government have a credible partner in dialogue for the nation’s problems,” he said.

Presently, he believes that government places too much emphasis on dialogue with representatives from the weaker sectors of the economy, such as the Federation of Greek Industries. “It is time for the government to expand its circle in order to be better informed about the economy’s real problems.”

The important issue at hand, he said, is for government to realize that present representative dialogue partners do not express the opinion of business as a whole since the Greek economy has changed considerably in the last 20 to 30 years – from an agricultural-manufacturing economy to a service one.

“Whereas in 1960 farming made the biggest contribution and was overtaken by manufacturing in 1970, now the country’s largest sector is tourism, followed by commerce, shipping and financial services.”

He added that the country now has a developed economy, where the services sector accounts for more than 70 percent of it.

According to Professor Panayiotis Pavlopoulos, the director of the Institute of Tourism Studies, tourism contributes 18-20 percent of gross domestic product. However, said Mr. Andreadis, in spite of this extensive change in the economy, the government’s partners in the social dialogue process remain the same, resulting in a slanted representation of business interests.

He again stressed that the tourism sector must play a stronger role in private sector-government dialogue.