On the occasion of the Hellenic Chamber of Hotels‘ annual New Year’s reception, the president of the chamber, Makis Fokas, said that last year proved to be exceptional tourism year for the second time in a row, in both the number of arrivals to Greece and the amount of tourism revenue posted. “2006 proved to be a good year for the total tourism sector, but also for hotel enterprises.”

He said that the tourist movement to Greece in 2007, according to present data, is expected to be positive both concerning the number of arrivals and the amount of tourism income, provided that we do not experience some unexpected situations that would influence domestic and international tourist environment.

Arrivals for last year, including cruises, increased by roughly 10%, while according to the most recent Bank of Greece data (the period January – October 2006) we also experienced a substantial increase tourist revenue, said Mr. Fokas.

According to the chamber, Greece must have a rational policy concerning the growth of new hotel beds: A policy that takes into account the basic prospects of sector, the activities taken toward the modernization and enrichment of the hotel product, and the tendencies of the international tourist market. 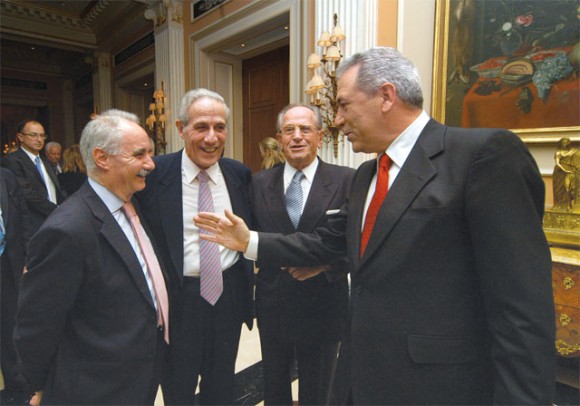 The chamber said that its data and that of the Greek National Statistical Service show that in order to achieve the hotel revenue needed to remain profitable, hoteliers require the country to welcome some 20 million tourists annually. This number of arrivals can be achieved by 2010, said the chamber’s president, the year when the map for regional aid is revised.

The chamber proposes, for the three-year period up to 2010, the realization of a constant and specialized policy for the creation of new hotel units. This policy, it said, must include special measures and policies for both underdeveloped tourism regions and for developed tourism destinations.

In this planning, of course, it is essential that we take all the new data into consideration, said the chamber’s president, such as the new land planning now being developed and the Fourth Community Support Program. He added that the new developmental law, now formally in force, constitutes the main tool in the tourism sector for the encouragement of business incentives and investment growth in 2007.

Mr. Fokas said the chamber believes that both the application of new development law and the activities of the Fourth Community Support Program must be based on the experience gained from previous developmental programs so that the benefits will be both substantial and long-term.

For example, said the chamber’s president, the correction of past problems with regard to assistance to small and mid-size tourism concerns must constitute the basic element of the new development policy as these companies play a major role within the tourism sector.

With the aforementioned in mind, the chamber has its sights set on becoming certified from the ministry of economy as the final beneficiary of the Fourth Support management so that it may assist small and mid-size tourism concerns get access to framework developmental programs.

These positive prospects should create in the entire tourism sector increased responsibility, so as to create the needed conditions for the stabilization and the continuity of development.
Within this framework, the chamber president continued, we have undertaken specific action that aims to create a more competitive tourism product and general tourism development, which in turn will create conditions for the growth of the Greek hotel sector.

Mr. Fokas said the chamber intends, via concrete initiatives, to be involved actively in the configuration of new business environment for the enterprises that it represents. “At the same time,” said the president, “we shall put forward our policies and proposals for the creation a more modern and competitive environment for Greek tourism.”