Roberto Copello, general manager of Amadeus Hellas since 1998, has been promoted to a senior management position at Amadeus headquarters in Madrid. He takes over as senior manager of human resources markets for Central Eastern Southern Europe, Middle East & Africa.

Mr. Copello returned to the company’s head office late last month in order to take over his new responsibilities after a most successful and prominent business course of nine years in the Greek and Cypriot travel markets.

Eva Karamanou has been appointed as the new general manager of Amadeus Hellas as of February. She will be heading a dedicated team of professionals at Athens headquarters, the Thessaloniki branch office and the representative office on Cyprus.

Mrs Karamanou joined Amadeus Hellas in 2004 as commercial manager and she has been most successful in her role. She has a rich business background in the travel industry coming mainly from the global distribution system field as well as from the travel and tourism business arena.

Roberto Copello, said that “it has been an honor and a pleasure to have served the Greek and the Cypriot markets and I thank our partners and friends for their co-operation and trust during these nine years.”

He added that “we are committed to continue to offer Greek and Cypriot travel agencies and airlines Amadeus’ state-of-the-art solutions together with the highest level of service, and I am convinced that Eva ‘s deep understanding of the industry and her professional capabilities will help us to fully achieve these goals.”

Eva Karamanou said “my challenge now is to further develop the success story of Amadeus Hellas in Greece and Cyprus. Amadeus Hellas will continue to help its customers with technology and solutions tailored to their increasingly demanding needs.” 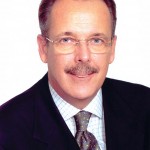 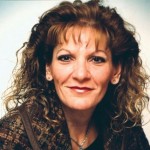