The Palace Hotel, previously owned by Ioannis Papadimitriou’s company Olympic Hotels Athens, has 90 rooms and is in the heart of the city.

The hotels making up the Yes! Hotel group are characterized by their distinctive and unique “personalities.”

According to Mr. Ioannou’s vision, each one of the hotels is designed to create an “anthropocentric environment that meets the needs of the modern traveler and the international citizen, and also combines art, aesthetics and a high level of services.”

Recently, two of Mr. Ioannou’s hotels, the Semiramis and Twentyone in Kifissia, were chosen by General Motors Europe for the European car launch of Opel’s first SUV, Antara. During the two-week event, the hotels hosted 600 European journalists and representatives of General Motors.

The two other hotels in the collection are Kefalari Suites in Kifissia and Periscope in Kolonaki. 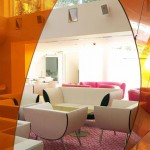 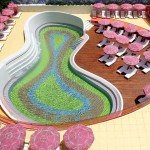